Tesla Pickup Truck With 500-Mile Range To Be Unveiled This Summer? 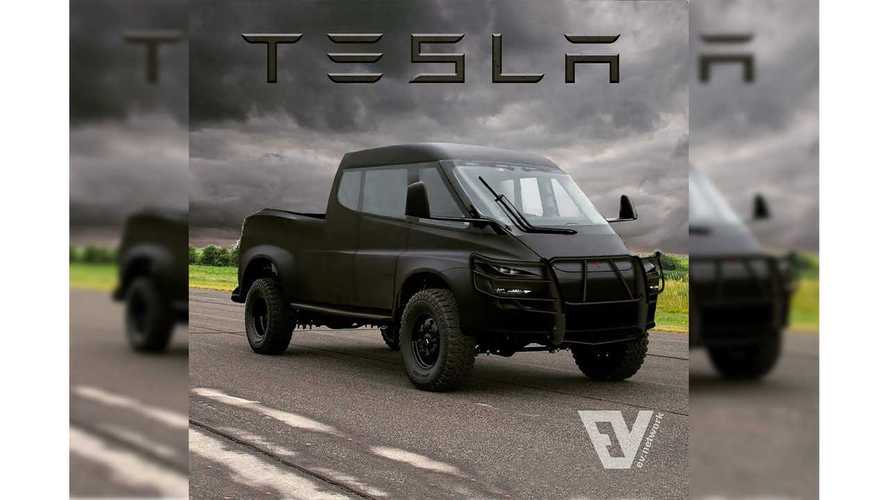 The Tesla product path is pretty exciting. With the Model 3 finally hitting its near-term production and delivery stride, we're ready for more details about what's coming. Last night's financial call with analysts was pretty revealing on this front. Besides the somewhat expected news that the Model Y mid-size crossover will likely be built at Gigafactory 1, we heard something promising about the Tesla Truck: an all-electric pickup that's likely to feature polarizing styling, but lots of capability.

Even without seeing it, we do know a number of things about the all-electric pickup. Tesla CEO Elon Musk has tweeted or talked about it on several occasions and has said it's the vehicle he 's most excited about. For good reason, too, since it could potentially displace a large number of gas guzzling pickups, in line with the company's mission statement to make transportation sustainable.

In top-level trim, it should boast a range of between 400 and 500 miles, possibly more. As one might suspect, it will be all-wheel drive with a motor for each axle. Musk also noted that the suspension will dynamically adjust according to its load. Being electric and a truck means it will have lots of torque. While we can't say how much, exactly, we can point out that Musk once tweeted (embedded below) that it could tow 300,000 pounds (this actually could have been a joke).

Regarding the look, there have been any number of renders of a possible Tesla Truck produced over the past couple of years. For one example, see the image at the top of this post. When the Semi was unveiled, there was even a speculative render shown that appeared to tease it would share some of that vehicles styling. We think this is unlikely to be the case. Musk has said the design could be so out there that it may not find a lot of buyers, and so they may make a second, more accessible version. While it's hard to know how serious he may have been about that -- it sounds like an expensive proposition -- it does make us more anxious to see what is unveiled.

When it does finally arrive, a Tesla pickup truck will have some competition. Rivian recently revealed its R1T and traditional automakers like Ford and Chevrolet are finally making noises about electrifying their truck lineup. Interesting times.