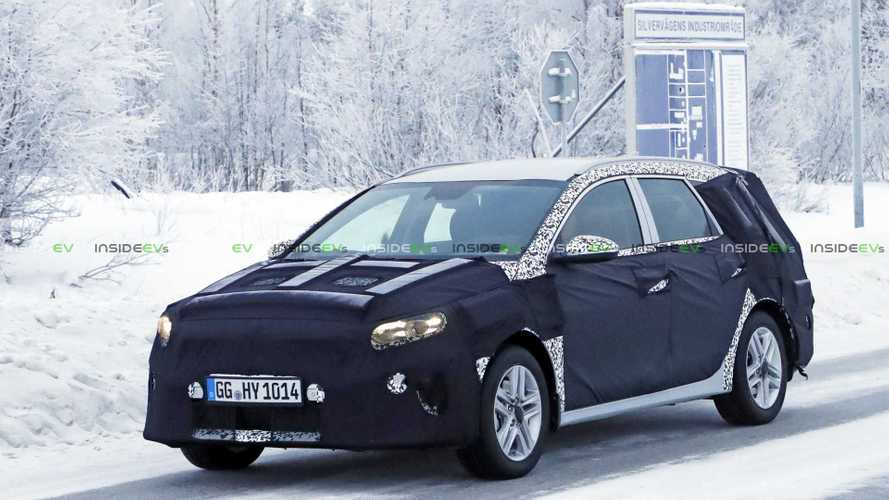 Kia is currently testing around the Arctic Circle its new plug-in hybrid model - the Ceed Sportswagon PHEV - which is expected to debut at the Frankfurt Motor Show in September.

The overall design of the Kia Ceed SW PHEV is to be similar to the conventional Ceed, besides maybe a different grill and details. The charging inlet is probably in the left front fender.

"This were the words by Kia Motors Europe Marketing chief, Artur Martins, who mentioned the wagon will be the first to come and other body-types could follow. “We are going to introduce it for the wagon, and then decide if it makes sense on other body-types.” Having a car like the Toyota Corolla with an hybrid option & hatchback configuration, we bet that Kia will at least, launch a variant for the 5-door model.

The optional LED headlights, tail lights and the LEDs daytime running lights X-type looks the same as the normal Ceed but this could still change before its time for an debut."

The Kia Ceed SW PHEV will probably get the Kia Niro PHEV powertrain and battery (about 8.9 kWh), at least that's what a Kia representative hinted at in 2018. The range will probably be better than 26 miles (42 km) EPA for the Niro PHEV, but not by much.

The Ceed SW PHEV is to be produced at Kia’s Slovakia plant. It will be the first plug-in hybrid Kia produced locally in Europe.