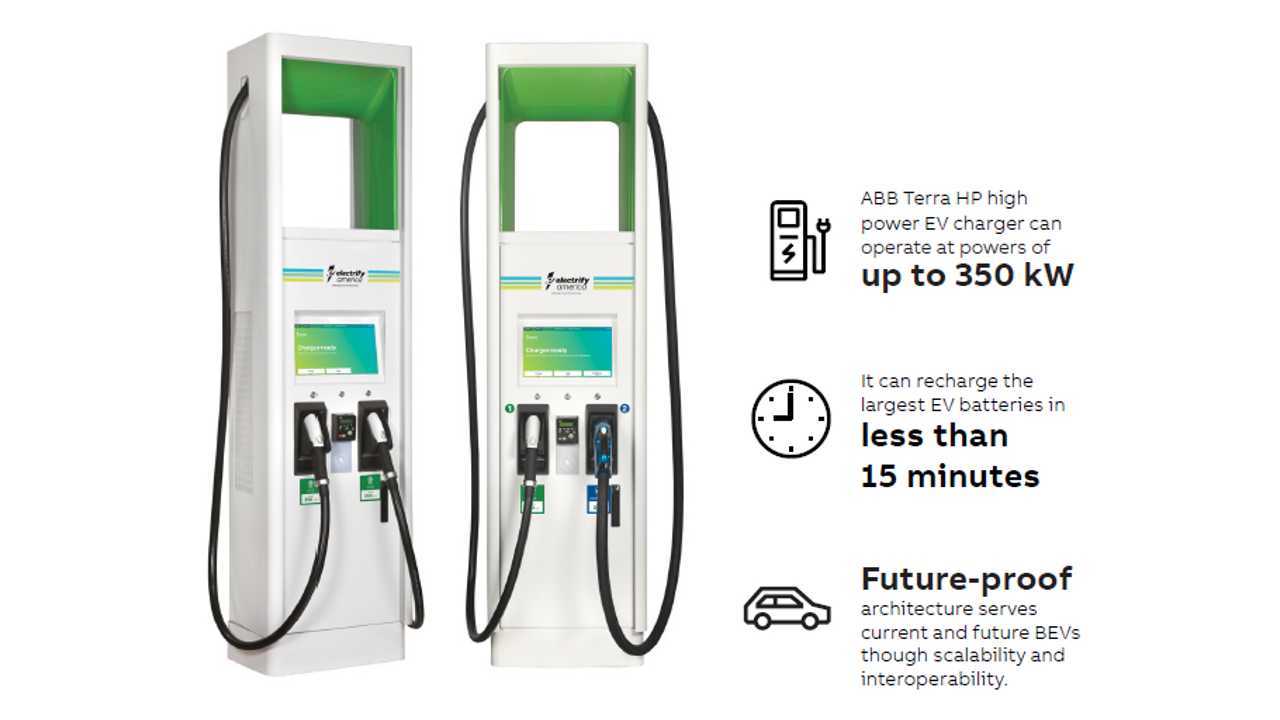 The cables seem to have an issue coping with the high power.

VW's Electrify America is shutting down all of its U.S. fast chargers over a safety concern connected to the charging cables. News of this is just now surfacing via an official press release from Electrify America.

***UPDATE: We've reached out to Electrify America for some clarification. Here's what we were told:

Another source told us that since all the CCS cables at highway sites are liquid-cooled, the majority of the 89 sites have no current option if you have a CCS car. However, a handful of sites (as many as 10 or more) have working, liquid-cooled CCS cables from a different brand (ITT Cannon) and aren’t impacted by the safety issue. In addition, there are some community sites that use conventional cables and only support 50 kW CCS. Those aren’t liquid-cooled and should be available for use. If we receive further information about this claim, we'll update this post once again.

Electrify America Adds A "Locate A Charger" Map: See If It Works Here

In part, the press release states:

At the recommendation of its supplier, HUBER+SUHNER, a leading supplier of high-powered charging cable technology in the industry, Electrify America is shutting down the majority of its high-powered chargers (150 kW – 350kW) in its network to investigate a potential safety issue with its liquid-cooled cables.

This calls into question the overall safety of CCS charging at such high levels, especially with specific regard to this particular manufacturer's cables. Perhaps there are still some kinks that need to be ironed out before ultra-fast charging at up to 350-kW is indeed safe and reliable in all cases. If some companies are struggling to make their cables safe and reliable, we could see additional problems down the road. Let's hope this is just an isolated incident.

Reston (January 25, 2019) – At the recommendation of its supplier, HUBER+SUHNER, a leading supplier of high-powered charging cable technology in the industry, Electrify America is shutting down the majority of its high-powered chargers (150 kW – 350kW) in its network to investigate a potential safety issue with its liquid-cooled cables. The recommendation was issued to all of HUBER+SUHNERS’ customers using the technology worldwide.

“The safety of our customers is our highest priority,” said Giovanni Palazzo, president and CEO of Electrify America. “Out of an abundance of caution, Electrify America is shutting down all of our stations that use the HUBER+SUHNER high-powered cables until we can confirm that they can be operated safely. We are confident that HUBER+SUHNER will investigate and resolve this issue as quickly as possible.”

Electrify America chargers not affected by the high-power cable issue will remain open and available for use. The 50kW CCS chargers, all CHAdeMO connectors and L2 chargers are not impacted.