It will be limited to just 50 examples.

The stunning Audi PB18 e-tron concept, which made its debut at Monterey Car Week in 2018, is getting the green light. Audi Global CEO, Bram Schot, in an interview with Autoweek Netherlands, said the all-electric supercar should show up sometime in the next year or two, though, just 50 examples will make their way to production. Color us excited.

Details on the production version are slim. We know that three electric motors power the PB-18 concept, producing a total 671 horsepower (500 kW) and 612 pound-feet (830 Newton-meters) of torque. There's an option for a brief 764-hp (570-kW) boost, as well. The concept can reportedly hit 62 miles per hour (100 kilometers per hour) in about 2 seconds – here's hoping that impressive performance carries over to the production version, too. 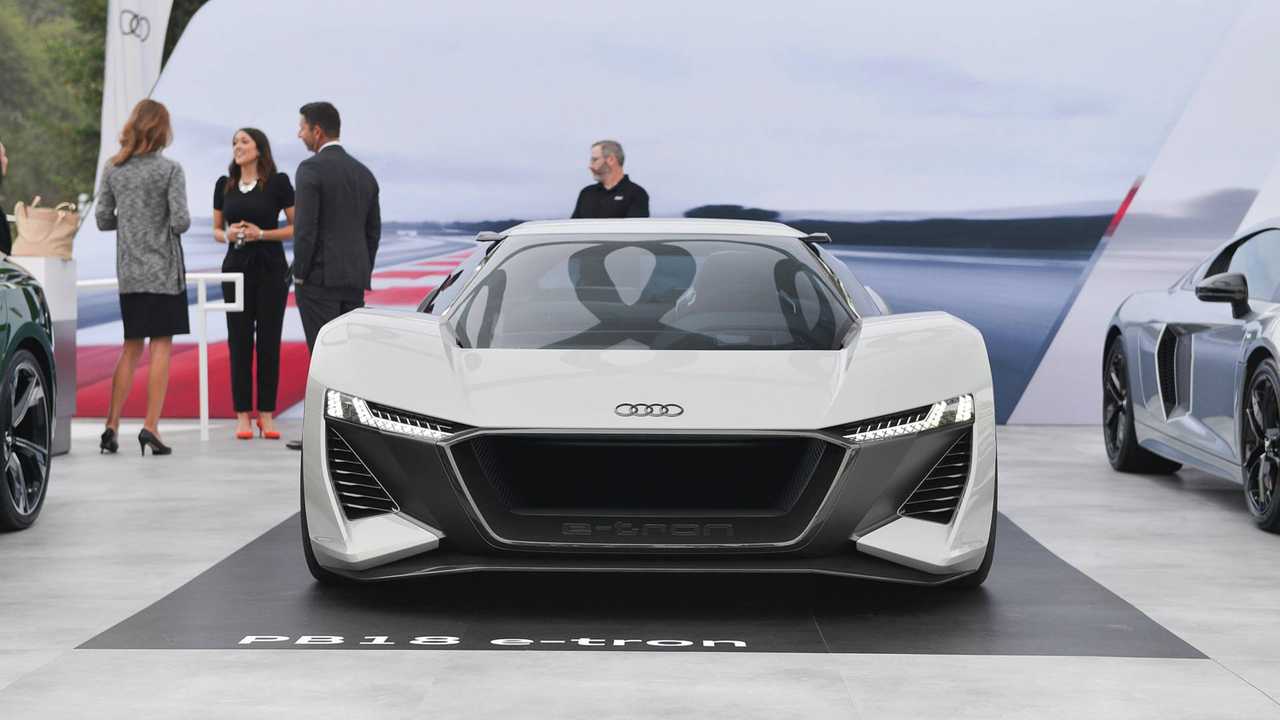 In terms of range, Audi promises a futuristic solid-state battery with a 95-kilowatt-hour capacity. Though, the technology itself is still a ways off, it would give the PB-18 a range of around 310.7 miles (500 kilometers) on the current testing scale. With an 800-volt charging system, the battery can reportedly be fully charged in just 15 minutes, with wireless charging capability.

But the PB-18 concept's piece de resistance is its interchangeable driving position. Like the McLaren F1, the steering wheel is in the center – but unlike the McLaren, it's movable left or right, depending on driver preference. Again, we're not sure if this wild option will carry over to the production model, but it looks cool on the concept nonetheless.

Price remains a mystery, as does its on-sale date. But based on the seemingly road-readiness of the concept (at least on the outside), the production model shouldn't be too far off. We hope.