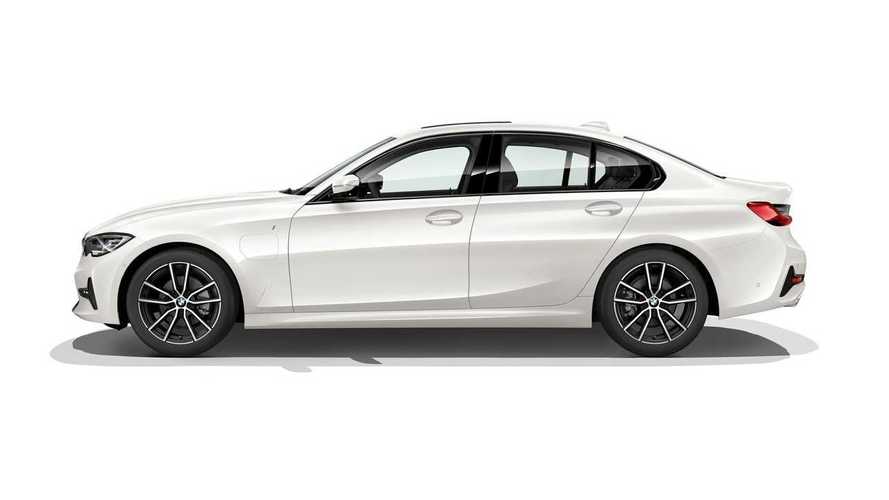 BMW 330e to get electric range increased by a third.

Here is what BMW says about the new 330e, images with general changes in new 3-series and some videos:

"Summer 2019 will see a further addition to the drive system portfolio in the form of a plug-in hybrid model. This new generation of the BMW 330e Sedan combines the exceptional driving dynamics of the sports sedan, unrivalled by any other manufacturer, with the latest BMW eDrive technology. At a provisional figure of up to 60 kilometres (37 miles)*, the electric range has increased by around a third compared with the predecessor model, while both the fuel consumption and CO2 emissions of the new BMW 330e Sedan are down by more than 10 per cent – to 1.7 litres per 100 kilometres (166.2 mpg imp) and 39 grams per kilometre* (provisional figures).

In addition to these selling points, the intelligently controlled BMW eDrive technology imparts a hybrid-specific dimension to the driving enjoyment characteristic of the brand. The electric drive integrated into the eight-speed Steptronic transmission joins forces with the combustion engine to generate system output of up to 185 kW – or up to 215 kW when the newly developed XtraBoost mode is engaged. The BMW 330e Sedan can sprint from 0 to 100 km/h (62 mph) in 6.0 seconds (provisional figure). Adding to the unique driving experience provided by this model variant, the power unit’s soundtrack reflects the plug-in hybrid mode engaged at the time to highlight either the characteristic sportiness of the BMW 3 Series Sedan or the almost silent gliding typical of all-electric driving. Due to the integration of the high-voltage lithium-ion battery under the rear seats and the positioning of the fuel tank above the rear axle, the introduction of BMW eDrive technology results in only a slight reduction in boot space. Almost the entire range of optional extras is available to encourage individualisation. Standard specification for the new BMW 330e Sedan includes pre-conditioning of the heating and climate control system."