The Bosch Group and the electric vehicle company NIO are entering into an agreement that will allow them to form a strategic partnership. Most known for their NIO ES8 7-seater high-performance electric SUV, built exclusively for the China market, NIO is now venturing into a partnership with one of the world's biggest engineering and electronics companies out there. According to the Green Car Congress, the agreement underlines a focus on sensor technology, automated driving, electric motor controls, and intelligent transport systems. 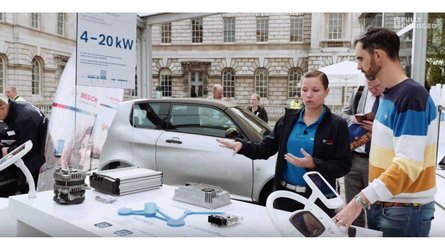 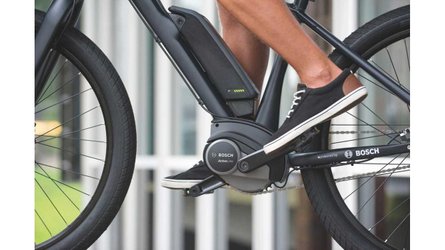 While this may come as a surprise, both NIO and Bosch have been working together for a while now. For example, the NIO ES8 7-seater high-performance electric SUV contains several key components from Bosch. In addition to the vehicle's driver assistance system, its control unit, and sensors, Bosch is responsible for the iBooster electromechanical brake booster. This agreement will most certainly solidify the growth & development of solutions for NIO's future electric car models.

Currently, the Bosch Group employs more than 60,000 associates at 60 locations in China. Just recently, the Bosch Group began construction of a new mobility solutions facility in Wuxi. This is where the world’s first manufacturing facility for 48-volt batteries is slated to be located. With sales topping 14.9 billion euro last year alone - presenting a double-digit growth year-to-year - the company is on the path to becoming one of the biggest EV suppliers in the country. Within the last decade, the Bosch Group invested a whopping 4.8 billion euros into the country, with 2017 accounting for almost 840 million euros alone.

Furthermore, Bosch will open the first iBooster manufacturing site in the Asia Pacific area in Nanjing. The grand opening is slated for November 2018. Additionally, the second phase of their automotive electronics production facility in Wujin, Changzhou, is set for a completion date later this year. The Bosch Group will also reveal an artificial intelligence center, planned to be open in China later this year as well. All of these facilities aim to further advance Bosch's presence in the electric vehicle supplier business, solidifying them as one of the best in its respective business overall.

NIO, a rising star in the electric vehicle automotive world

For NIO, staying away from the spotlight doesn't mean that the company isn't slowly becoming one of the most progressive car makers in the world. Founded just 4 years ago, in 2014, the company has become a global electric vehicle company in a short time span.  Thus, entering a partnership with one of the biggest OEM electronics suppliers in the world seems like a great move to make.

9 Photos
By: Vanja Kljaic
++
Got a tip for us? Email: tips@insideevs.com