Study Says Fast Charging Takes Longer When It's Cold Out 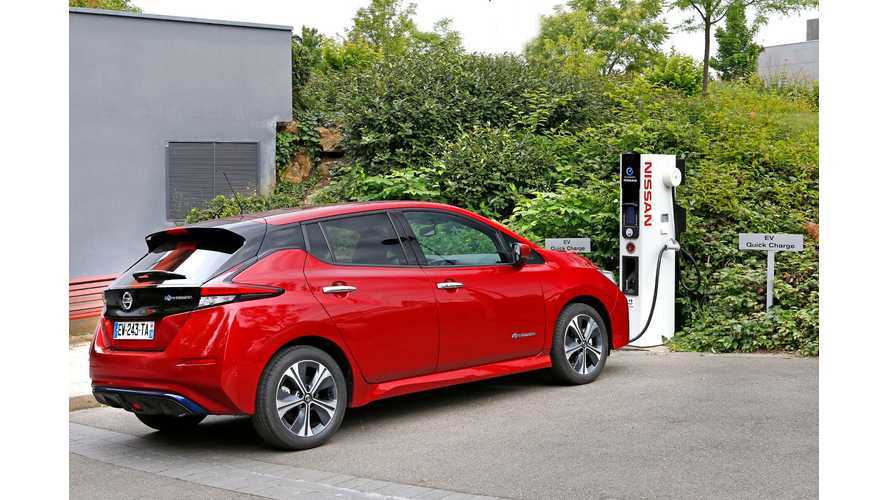 The test done for the Nissan LEAF taxis (previous generation we believe) over 500 DC fast charges shows that fast charging can take some three times more than the usual 30 minutes to 80% when the battery is very cold.

The reason for this is electrochemical reactions within the cell, which can't be done at low temperatures, and onboard battery management systems that limit the charging rate to avoid damage to the battery.

"Motoaki and his colleagues analyzed data from a fleet of Nissan Leafs operated as taxis over roughly 500 Direct Current Fast Charge (DCFC) events. Temperatures for the charging events ranged from 15 to 103 degrees Fahrenheit.

The researchers found that charging times increased significantly when the weather got cold. When an EV battery was charged at 77 degrees, a DCFC charger might charge a battery to 80 percent capacity in 30 minutes. But at 32 degrees, the battery’s state of charge was 36 percent less after the same amount of time.

And, the more the temperature dropped, the longer it took to charge the battery. Under the coldest conditions, the rate of charging was roughly three times slower than at warmer temperatures."

The problem for EV drivers could be limited if they use garage or drive without the need for fast charging (are satisfied with AC Level 2 at several kW), but if someone is on long-distance travel and needs to fast charge along the route during cold weather, he/she should be prepared for both - extended time for charging and higher expenses (if charging fees are related to length of session). The cars that are equipped with an efficient thermal management system should be less affected.

The difference between winter and summer could also make a big difference for taxi drivers, so they need to recognize the EV performance in the worst case scenario to not be surprised after purchase.

"“Battery researchers have known about the degradation of charging efficiency under cold temperatures for a long time,” said Yutaka Motoaki, an EV researcher with INL’s Advanced Vehicles research group.

But most of the current knowledge comes from experiments with smaller batteries in the lab, not data from large, electric vehicle batteries in real-world conditions. Further, EV manufacturers often provide consumers with only rough estimates of charging times, and they typically do not specify the range of conditions for which those estimates apply.

“We wanted to ask the question: What is the temperature effect on that battery pack?” Motoaki said. “What is the effect of degradation of charging efficiency on vehicle performance?”"