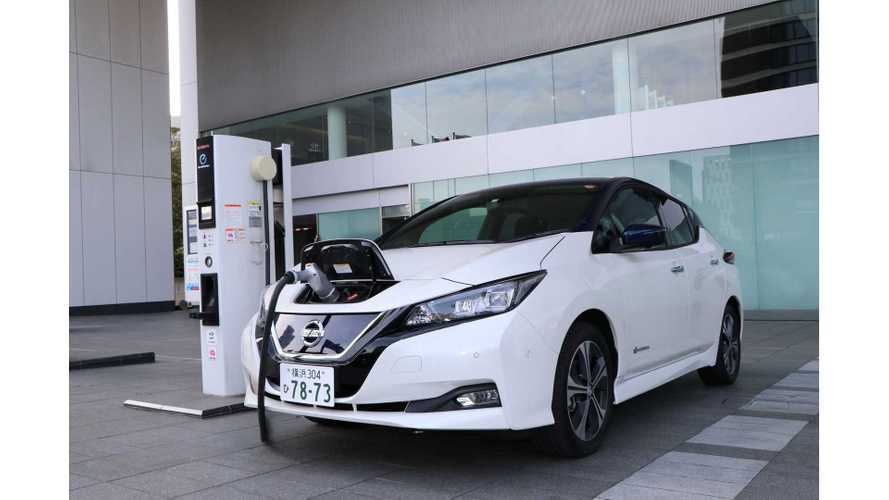 How fast is fast? Depends on the car.

Let's take a look at the results, which in general shows that various models and battery pack versions have widely varied charging characteristics.

The BMW i3 was offered in two battery versions - of around 22 and 33 kWh. The higher capacity cells/pack allow it to charge a little quicker (peak of almost 50 kW) and for an extended state-of-charge frame:

Charging with a BMW i3 (Source: Fastned)

The Hyundai IONIQ Electric (28 kWh usable) is an interesting example, because it's a rare affordable BEV that is capable of charging at up to 70 kW when connected to a higher-power charger (typical CCS Combo DC chargers were up to 50 kW - below the IONIQ's potential).

You can replenish 100 km (62 miles) of range in just 15-25 minutes. The charging power significantly decreases above 75% of state-of-charge.

The first generation of Nissan LEAF was available with two battery pack versions - 24 kWh and 30 kWh. The 30 kWh was quite an improvement in terms of charging power capability.

However, the second generation Nissan LEAF with its 40 kWh battery was affected by surprisingly low fast-charging capability, about which you can find under our RapidGate topic. In fact, Fastned shows that the 40 kWh barely exceeds 40 kW of DC power and then power quickly fades after 60% SOC.

The Opel Ampera-e (Chevrolet Bolt EV in North America) has quite special DC fast charging curve as the BMS limits the power of charging in steps. Overall, the power of up to 45 kW is disappointing for the battery size of 60 kWh.

The Volkswagen e-Golf was equipped with 24.2 kWh and later with 35.8 kwh battery packs, which like in the case of Nissan LEAF, doesn't have a liquid cooling system. The switch to higher-capacity cells didn't bring any improvement in charging power - the results are in fact slightly worse (only the fading part above 80% SOC is better, but it's also the least important part of the charge).