Has Tesla Changed How It Controls Front & Rear Motors For Model 3?

The theory is that the rear motor is now the “cruise” motor which is opposite to Model S.

Consider this a bit of speculative forward thinking. Tesla has not said they have changed the way they control the front and rear motors. However, they have given us a few facts that may indicate they have. 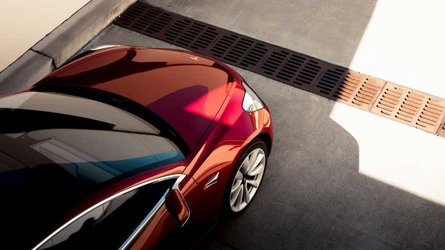 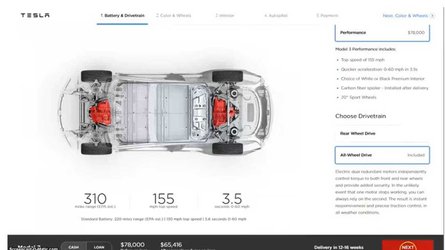 Both facts listed above are contrary to the Model S. The Model S AWD version gets better range than the RWD version. The Model S uses induction motors both front and back.

In general, PM motors like the rear motor in Model 3 get higher efficiency than induction motors. This is why Tesla chose a PM motor for Model 3 - to get good MPGe and range and a smaller battery required.

Therefore, it makes sense for Tesla to use the rear motor at cruise speed, rather than the front motor like in Model S. Here’s another reason: the PM motor doesn’t like to freewheel. So again, switching to the front motor and freewheeling the back does not make sense for Model 3.

My engineering partner Keith Ritter and I are currently working on computer models for all four versions of the Model 3: LR RWD, LR AWD “P”, LR AWD “non-P” and SR RWD. His modeling seems to bear out our theory as well. We should have an article soon describing the things we have learned in the process. The Model 3 model does indeed have a “cruise” gear ratio in the back and an “accel” gear ratio in front,  unlike the Model S.

Do you agree with our theory?

This article was a joint effort between the author and Keith Ritter.