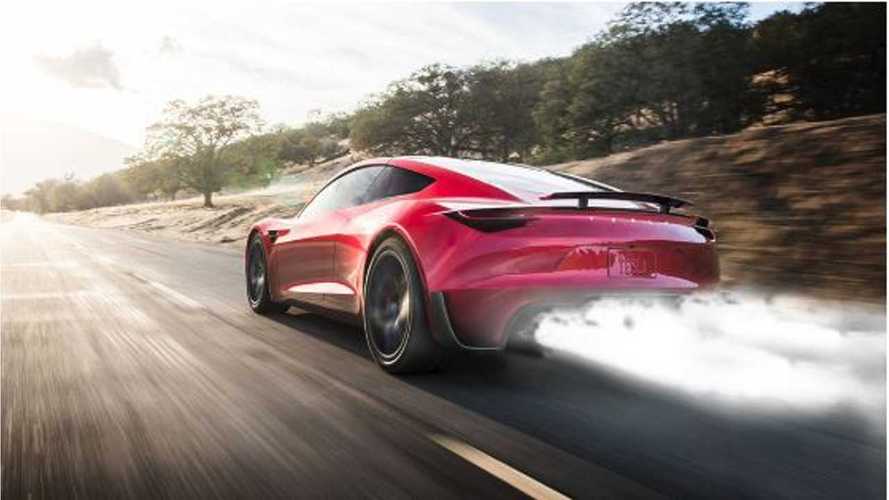 It's got rockets. It might even be able to fly.

Not long after Tesla CEO Elon Musk tweeted of this performance-enhancing SpaceX-inspired option package for the new Tesla Roadster, it becomes almost real in this first-ever rendering of the rocket-boosted Roadster.

The folks over at T Sportline are responsible for this over-the-top render of what the Roadster might look like when / if the air rockets detailed by Musk actually become reality.

"Earlier this week, Elon Musk announced a 'SpaceX Option Package' for the 2020 Tesla Roadster. This package will include small rocket thrusters arranged around the vehicle. The thrusters will use ultra high pressure air housed in composite-looking air tanks which are immediately replenished through air pumps powered by the battery pack. The purpose of these thrusters is for dramatic improvements in performance. Yes, he is serious and claims 'maybe they will even allow a Tesla to fly..."

Specs for the non-SpaceX-optioned Roadster are already impressive enough. We can't even fathom how quick this version might be. And it seems Musk is rather serious in regards to this thruster package, though he does say you'll lose the two rear seats in the process.

Musk is well known for making some outrageous claims, but more often than not, those claims become reality, despite the flood of naysayers and doubters who question him. Somehow, he seems to pull it off, so we fully expect that to be the case again here with this ridiculous SpaceX version of the new Roadster.

Here's a look at the specs for the standard Roadster:

Test drives of the Tesla Roadster will begin late next year with production expected shortly after.
++1