Leasehackr Takes Us Behind The Wheel of The NIO ES8 SUV

We recently attended a preview event in Guangzhou, China, for reservation holders of the NIO ES8, a high-performance electric SUV slated for deliveries in China this month. Here's what we learned in our exclusive first drive by a U.S. publication. 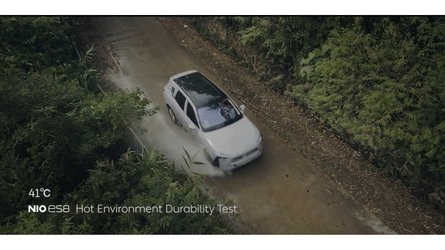 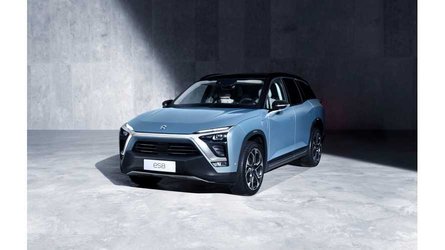 What is NIO, and why should I care about the ES8?

NIO is an extremely well-funded EV startup based in China with expertise from all over the world, including Europe and California. Led by CEO William Li, the company has raised over $1 billion in funding with the help of tech giant Tencent. NIO is currently focused on the Chinese market, which uncoincidentally is the world's largest market for cars.

*Editor's note: Our thanks to Leasehackr for reaching out to us to offer this first drive experience to share with our readers.

The ES8 is NIO's first mass-market vehicle (they also sell the EP9, a low-volume hypercar). Whereas most EVs are compromised in range and size, or Tesla priced, the all-electric ES8 promises to be a game changer by offering high-performance SUV capability for less money than its gasoline-powered rivals.

The ES8 certainly looks impressive on paper. It's the size of an Audi Q7 or Volvo XC90, with seating for seven adults. Powered by dual 240 kW (322 HP) motors, it goes from 0 to 100 km/h (62 mph) in 4.4 seconds. The 70 kWh battery pack is good for 355 km on the NEDC test cycle (we estimate 190 miles on the EPA cycle). Mobileye's EyeQ4 chip powers a suite of autonomous driver assist features named NIO Pilot. The body is all-aluminum.

In other words, the NIO ES8 is priced like a smaller vehicle in the compact luxury SUV segment, and it's about half the price of a seven-seat Model X 75D in China.

Buyers are also eligible for a number of government EV incentives, such as a 45,000 RMB ($7,029 US) national subsidy and, in Guangzhou, an additional 12,500 RMB ($1,952 US) local subsidy. Electric vehicles are exempt from value-added tax (VAT), which is typically included in the listed retail price of a vehicle in China.

Hit the accelerator from a standstill, and the ES8 shoves you back into the seat. It's a very brisk SUV. Despite the power, though, the vehicle is definitely tuned more for comfort than sport. The ES8 wafts down the road; potholes are dealt with a short jiggle and a muted thump, despite 21" wheels. The standard air suspension doesn't have the same underlying firmness of, say, a Model X, but it still does a decent job keeping body motions in check.

The ES8's steering is on the light side. It's accurate but provides little in the way of road feel. The brake pedal feel is soft with lots of travel, while accelerator tip-in is gentle and linear. This is a very easy car to drive smoothly.

EV enthusiasts may be disappointed to find that the ES8's standard driving mode provides minimal lift-off brake regeneration. The regen is adjustable, but even at its strongest setting, it can't be used to precisely meter speed, as you can in a BMW i3. Weaker regen is a characteristic of the induction motors that NIO uses over the more common permanent magnet motors.

During our first drive, we didn't get to test all of NIO Pilot's features, but did note the blind spot warning works well at detecting vehicles coming quickly from afar; the rear-facing radar has quite the reach. NIO promises over-the-air updates that will improve NIO Pilot functionality over time, though they do not claim that the system will eventually achieve Level 5 autonomy (i.e., full automation).

Inside, the ES8 doesn't quite match the standards set by the incumbent brands from Germany, in terms of design or quality, but there are screens galore and sumptuous Nappa leather trim everywhere to distract most from noticing. 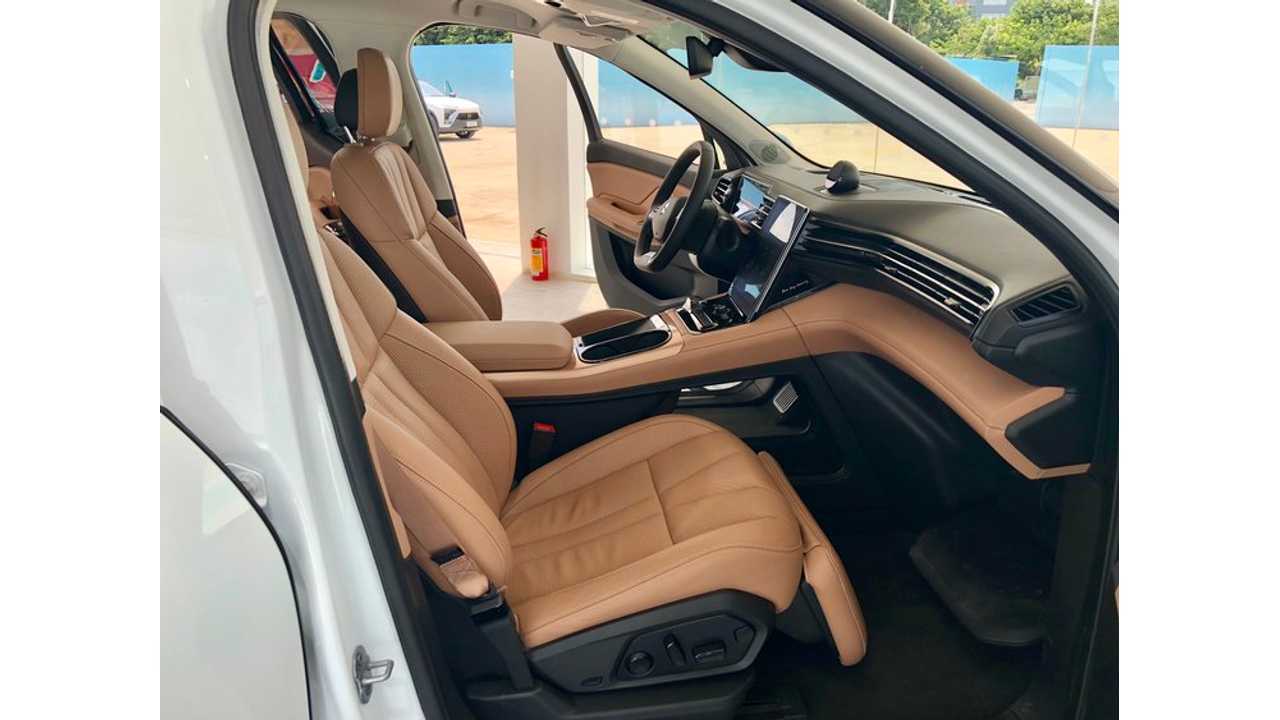 Gadgetry is where the ES8 impresses most. The front seats are cosseting thrones that massage, heat, and ventilate. The front passenger seat has a recliner position with an integrated footrest. There's a responsive 10.4-inch tablet-style touchscreen in the middle, along with an 8.8-inch instrument cluster and optional heads-up display for the driver. NOMI Mate, an AI companion, sits on top of the dash and swivels to greet passengers when prompted. The system links to the cloud and functions like Siri, except it also controls vehicle features (e.g., "Hey NOMI, open the sunroof!"). The climate control displays PM2.5 levels and filters air accordingly, while the center console fits handbags and stilettos.

The materials used inside are a mixed bag. While the upper doors, dashboard, center console, and key touch points are wrapped in smooth leather, lower portions of the interior are finished with hard plastics. Switchgear, grab handles, speaker grills, and the like resemble mainstream vehicle fare. On the upside, the ES8 has the most spacious third row of any plug-in SUV, and six-footers fit, provided legroom is apportioned fairly between the rows. Unlike a Model X, there is no front trunk.

On the whole, we think most people will find the cabin comfortable, luxurious, and high tech.

How do you keep it charged?

In 2016, China’s State Grid embarked on a national infrastructure project to build 120,000 DC fast chargers at 10,000 locations across the country by 2020. According to NIO’s app, 20,556 State Grid-networked DC fast chargers are available for use today. The stations accept WeChat Pay, the most commonly used mobile payment system in the world.

NIO claims that the ES8 will charge at 90 kW and that a full charge takes one hour on a DC fast charger. The ES8 uses China's GB/T 20234.3 standard for DC charging and is not compatible with Tesla's proprietary network of 1,000+ Superchargers in China. We did not have an opportunity to charge the vehicle.

For those who can charge at home, NIO will install an AC charging station for free. Using its onboard charger, the ES8 takes 10 hours for a full charge from empty (at 7 kW).

The ES8 is also capable of battery swapping, which takes three minutes to complete. NIO says they will operate 1,100 battery swapping stations in China by 2020, with a minimum density of one station per 3-kilometer (1.9-mile) radius in major cities. The stations are modular, take up the equivalent of three parking spaces, and can be installed outdoors or within a parking structure.

Battery swapping has been tried before—Tesla had one such station in Coalinga, CA, while now-defunct Better Place operated a few dozen in Israel—but not at the scale planned by NIO. Battery swapping seems to go hand in hand with NIO's battery subscription model: it's easier to say goodbye to a battery you’ve never owned. NIO says that their battery fleet will be upgraded over time as battery capacity and performance improve.

Finally, for those who can’t be bothered with charging at all, NIO offers a concierge service through their app. For 10,800 RMB ($1,690 US) per year or 980 RMB ($150 US) per month, someone will pick up and charge your vehicle, or have the batteries swapped, up to 15 times per month (maximum 1,000 kWh of electricity per month). NIO says they will also deploy a fleet of 1,200 "mobile battery" charging vans by 2020, for vehicles that need a quick boost of electricity. 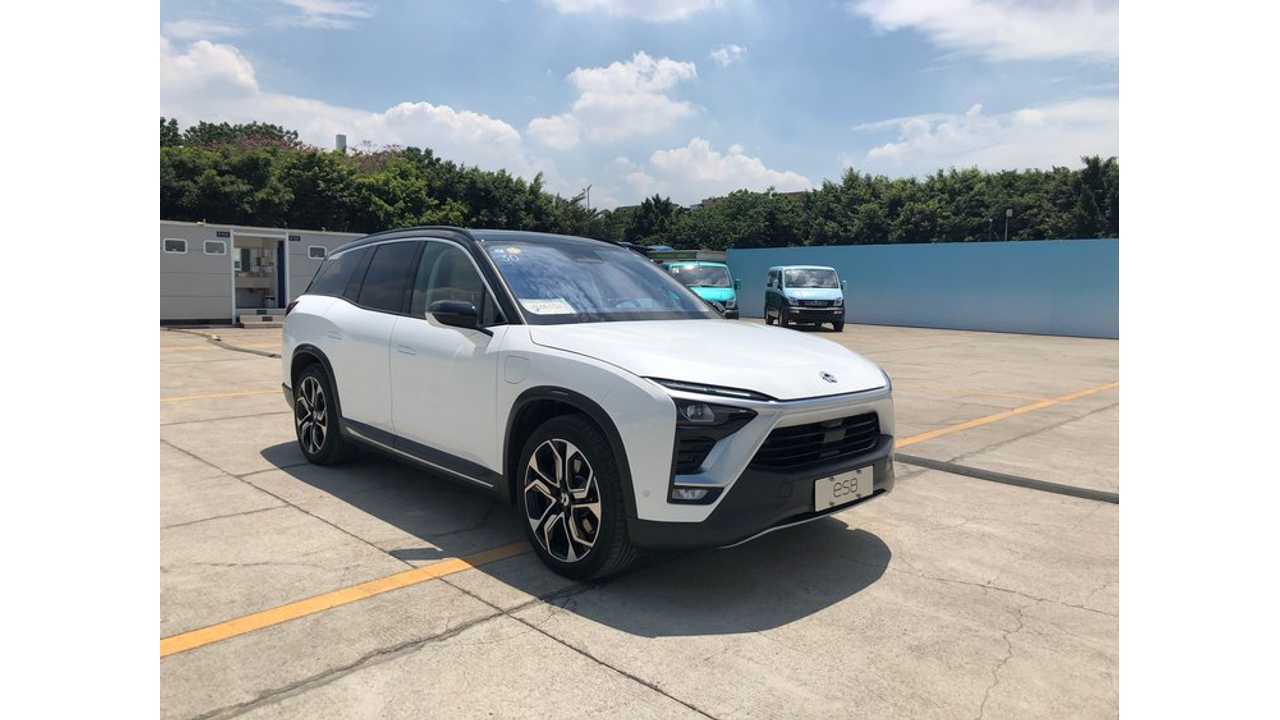 We don't know yet because deliveries have just begun, but it seems NIO is making a serious effort to build consumer confidence in the brand.

Customers order an ES8 by placing a 5,000 RMB ($782 US) deposit through the NIO App. As they wait, reservation holders are each assigned an owner-advisor, provided with NIO swag (like a diecast model of an ES8), and invited to NIO-affiliated events, such as Formula E races. We interviewed an early reservation holder in Guangzhou who ordered in January 2018, and her configuration will be finalized mid-July, at which point a 40,000 RMB ($6,265 US) down payment is due online, with final delivery taking place in August.

NIO is pouring money into showrooms, delivery centers, service centers, and NIO Houses (co-working/community spaces for owners) across China. At current count, six cities are covered: Beijing, Shanghai, Nanjing, Guangzhou, Shenzhen, and Chengdu, with more underway. All facilities are owned and operated by NIO, not as dealership franchises.

The ES8 calls for maintenance once per year, or every 20,000 kilometers (12,400 miles), whichever comes first. An available Service Package covers all scheduled maintenance and provides vehicle pickup and delivery through the app. Service centers have an in-house body shop to repair collision damage, and NIO would be happy to sell you auto insurance as well. The vehicle comes with roadside assistance and 8 GB of LTE data per month for the life of the car.

After speaking with reservation holders and driving the ES8, we came away impressed by the thorough effort that NIO put into launching this new SUV. NIO recognizes that the vehicle itself is just one part of the equation and that the charging infrastructure, the array of services offered, the customer experience, and the provision of well-maintained facilities are equally important for survival.

The ES8 itself is not perfect. The interior design and quality trail those from established luxury automakers, and the range—we estimate 190 miles on the EPA cycle—is usable but not exceptional. Aside from the aggressive looking front end, we find the rest of the ES8 looks a bit generic. The design conveys an image of practicality and sensibility, rather than prestige or performance. 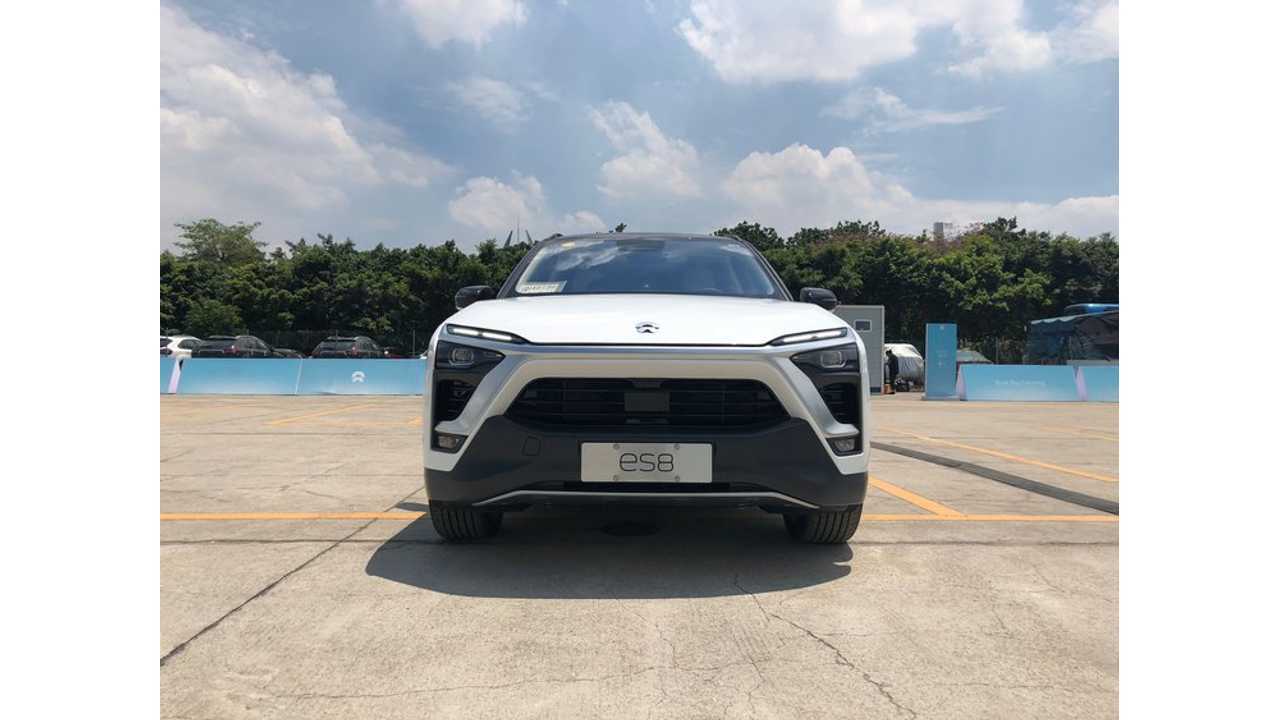 On the upside, the ES8 has respectable driving dynamics and blistering acceleration. We appreciate the overall comfort and spaciousness of the cabin, and we like the promise of over-the-air updates, not just for the infotainment system, but for the car as a whole. The ES8 packs impressive gadgetry—even the base model is very well equipped—and the flexibility of its battery swapping and charging services is innovative.

We will be following the ES8 closely and will leverage our connections with reservation holders to provide updates on the delivery experience and long-term ownership experience of arguably the most important new EV in China. We look forward to taking a privately-owned ES8 on a longer trip to see how NIO Pilot handles Chinese roads and whether the charging infrastructure and battery swapping work in practice.

Leasehackr traveled to Guangzhou, China, at its own expense for this first drive review.

Gallery: Leasehackr Takes Us Behind The Wheel of The NIO ES8 SUV