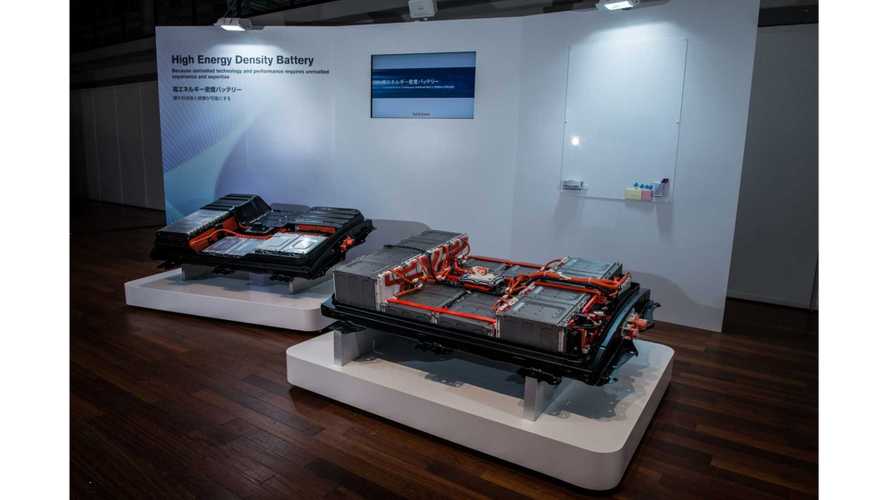 Nissan released a new statement on a fix for 2016 and 2017 Leaf battery electric cars that are experiencing indications that their vehicles’ 30 kWh batteries were losing range and capacity at an accelerated rate.

***UPDATE - Additional response from Nissan at bottom of this article.

Everything About The Nissan LEAF 30 kWh Trialed By Owners - Video

Owners of these EVs were reporting that their cars were losing as much as 25 percent of their car’s range and battery capacity in as little as 15,000 miles. Nissan’s 96-month/100,000-mile lithium-ion battery capacity coverage replaced the suspect batteries. But for some Leafs, one battery replacement was not enough, with the problem resurfacing not long after the replacement, necessitating a second new battery. It was unclear if the Leaf batteries were experiencing accelerated degradation or if there was an issue with the vehicles’ battery controllers.

Nissan has been criticized for the method it uses to manage the health of the Leaf lithium-ion batteries.

The problem came to Nissan’s attention in the late fall of 2017 and was diagnosed as a possible software issue with the battery controller providing inaccurate calculations that are used to determine the state of charge (SOC) and the range available from the battery. Analysis and testing by Nissan identified that this was indeed the issue. Recently a software update was issued to correct the inaccurate calculations.

***Editor’s Note: Our thanks go out to Gary Lieber and CleanFleet Report for allowing us to share this important LEAF news update with our readers. Check out CleanFleet report here.

Clean Fleet Report reached out to Nissan for clarification on the issue, and a Nissan spokesperson provided us with this statement:

On June 6, 2018, Nissan began conducting a customer service campaign in North America to reprogram the lithium-ion battery controller in 2016 and 2017 model-year LEAF vehicles equipped with a 30-kWh battery, to correct the calculation used for the battery capacity level gauge and distance remaining of the vehicle.

The displayed vehicle range and battery capacity level gauge on these vehicles are displaying range and capacity that is lower than the actual amount. Reprogramming the controller will result in an accurate display of the LEAFs battery capacity and trip range.

This service campaign is open to all 2016 and 2017 LEAFs regardless of mileage or if they have had their battery previously replaced. Owners should contact their local dealer to schedule the update. After the reprogramming, the balance of the original lithium-ion battery and battery capacity warranty will remain in effect for any customers who experience warrantable battery degradation.

UPDATE - New response from Nissan: Some LEAF owners are concerned that this software update may contain other updates that may affect the LEAF's other battery systems.  We reached out to Nissan with this question, and here is their spokesperson’s response:

This software update is just to correct the parameters that the BMC is using to calculate the battery capacity level and distance remaining. No other systems are being modified.