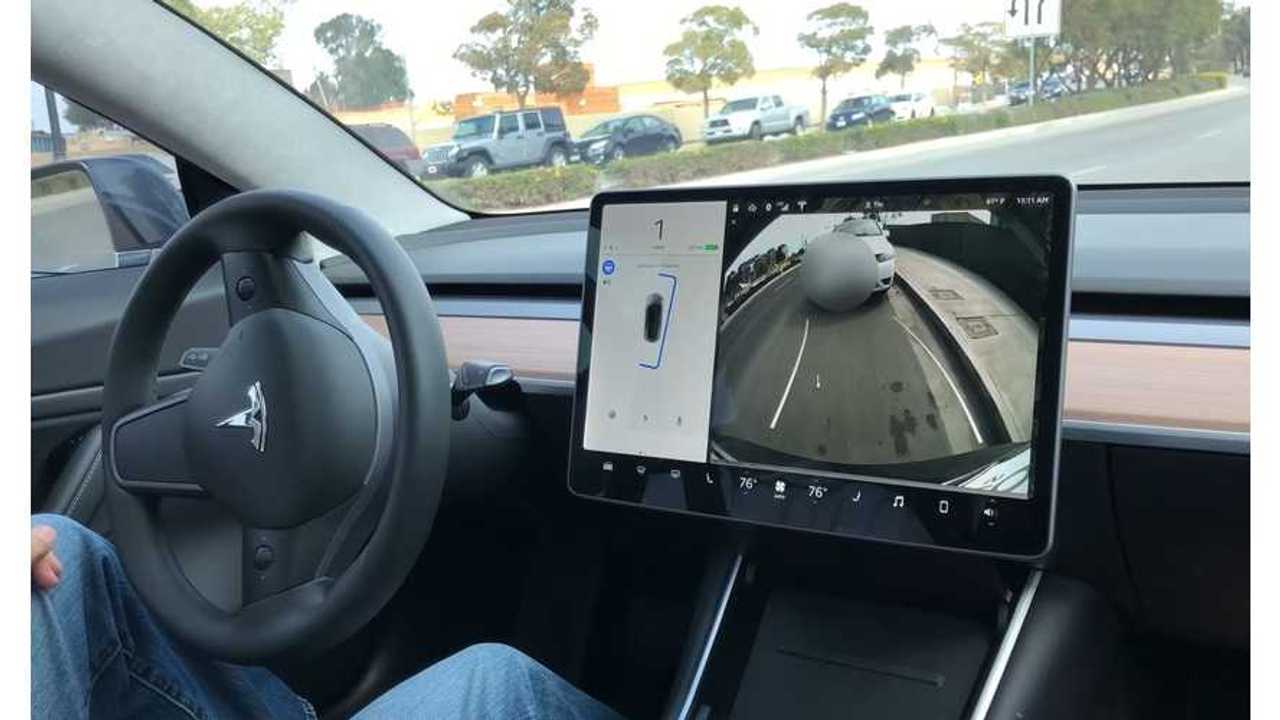 This Tesla Model 3 parallel self-park appears to be spot on.

As most of us are well aware at this point, Tesla is continually updating its Autopilot system. Early on, it appeared that perhaps some of the early first Model 3 vehicles, which were delivered to Tesla employees, had a handful of features that weren't updated and ready to roll.

The Tesla Model 3 appears to do a nice job with the Autopark parallel self-park maneuver, and it doesn't take ridiculously long.

The more we see these new Model 3 videos, the more it seems like Tesla has overcome the initial glitches and has the car up to snuff. One would think that this must be the case now that the automaker is comfortable providing Motor Trend with a Model 3 for its Car of the Year competition.

The Autopark feature was just released for the Tesla Model 3 about a month ago. We previously shared another video showing the car performing a perpendicular self-park action. Unlike this new video, the Model 3 seemed to take forever to perform the task and it didn't even get it right the first time. Although the Model 3's attempt wasn't much different from previous videos of the Model X attempting the maneuver.

Perhaps the recent updates have made the Autopark feature more timely and accurate. To make a fair judgment, we'd have to see the perpendicular self-park feature again now as well. This Model 3 executes the parallel maneuver smoothly on the first try, and although it isn't a quick process, it doesn't take forever.