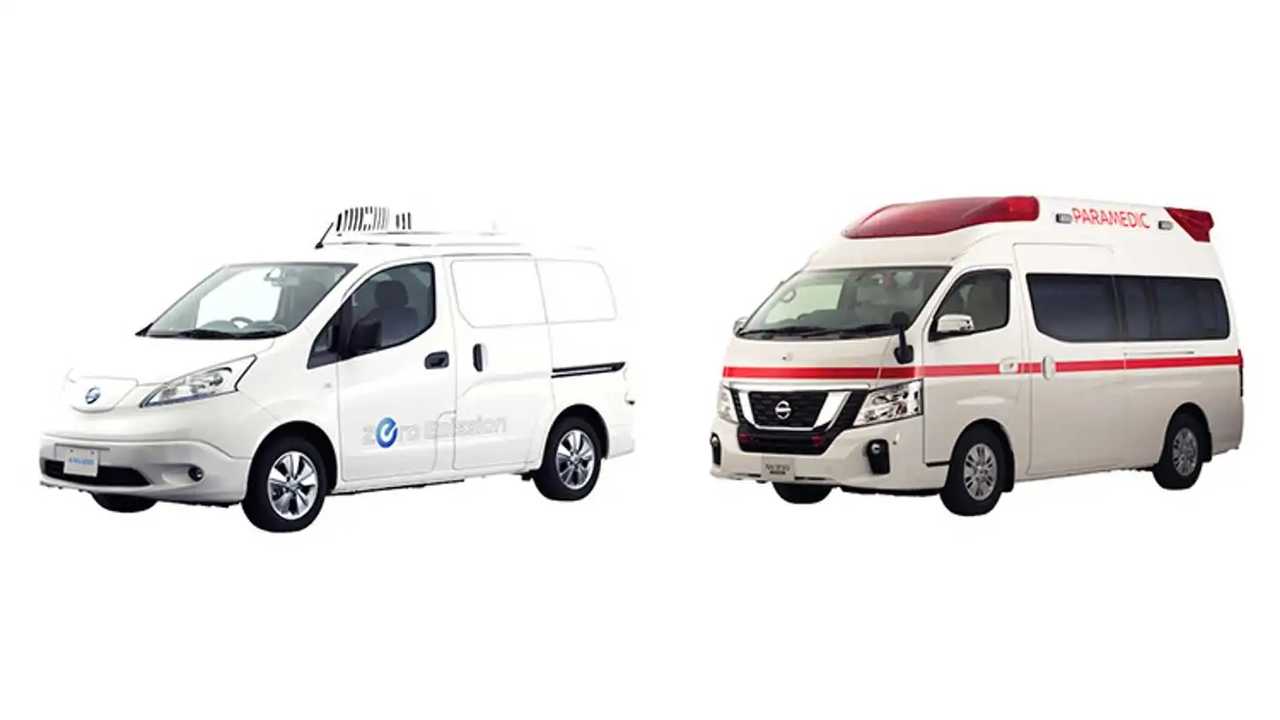 At the Tokyo Motor Show, Nissan will present one more sorta electric concept car...at least one we were unfamiliar existed with - the e-NV200 Fridge Concept, which is equipped with an additional 12 kWh battery pack in the cargo space - to power a refrigeration unit.

The main battery on this unit is still 24 kWh (for some reason), although we already know that in couple of months Nissan will begin to sale 40 kWh units.   Perhaps this is an older built concept that Nissan figured they needed to dust off and get some use out of?

As it is a concept, we probably would have just put the 40 kWh concept specs on it.  But taking the thinking a bit further, why not just isolate ~12 kWh of capacity from the new 40 kWh e-NV200 specific for refrigeration use and be done with it?

Nissan on the concept projects:

"The company will also lift the lid on its solution to urban delivery challenges and launch a modified, all-electric Nissan e-NV200 Fridge Concept.

The Fridge Concept's compact size will make it easier to park in urban environments, where large delivery trucks are often prevented from stopping. Equipped with an additional battery pack in the cargo space to power a refrigeration unit, the Nissan e-Fridge will be able to store chilled foods."

"Meanwhile, the e-NV200 Fridge Concept will create huge value for commercial users – generating more business, as well as reducing the cost of ownership. With zero emissions, it'll be perfect for busy urban environments where larger vehicles are often prohibited."

The other vehicle is new ambulance Paramedic Concept, which isn't plug-in, but Nissan is equipping it with 1.6 kWh lithium-ion battery that supports life-saving medical equipment when patients are in remote areas or in need of emergency assistance. The Paramedic will go on sales next year.