On Autopilot No Excuse For Driving Tesla At 2X Legal Alcohol Limit, Driver Arrested For DUI 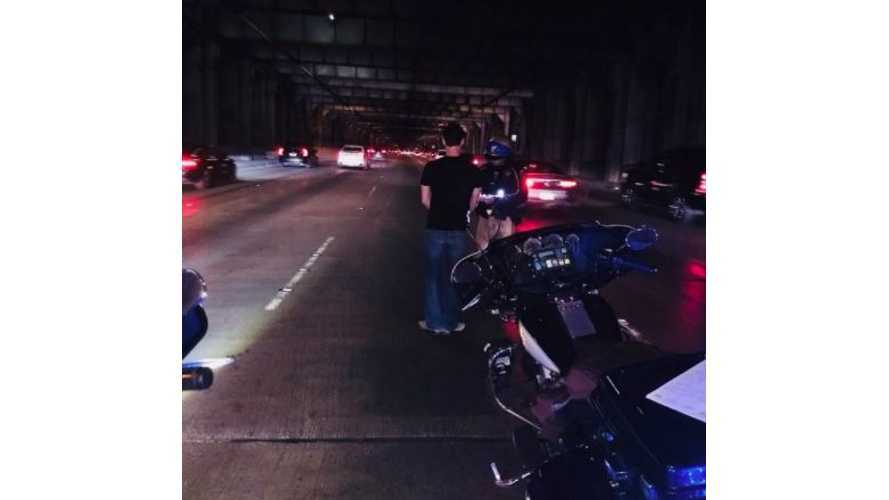 When u pass out behind the wheel on the Bay Bridge with more than 2x legal alcohol BAC limit and are found by a CHP Motor. Driver explained Tesla had been set on autopilot. He was arrested and charged with suspicion of DUI. Car towed (no it didn’t drive itself to the tow yard). pic.twitter.com/4NSRlOBRBL

We all knew this was bound to happen sooner or later.

A Tesla driver was arrested for DUI after passing out while driving the electric car. The car eventually halted itself (without driver interaction, this is what happens), blocking the western span of the Bay Bridge.

California Highway Patrol responded to the scene to find the driver slumped over behind the wheel. The driver was arrested for suspicion of DUI after officers unsuccessfully attempted to wake him.

Later it was found that his blood alcohol level was two times the legal limit.

"He was arrested and charged with Driving Under the Influence. Meanwhile, his car was towed."

"CHP is not releasing the man's name or additional details at this time."

Moral of the story is claiming Autopilot was under control, which isn't a full self-driving system, won't prevent you from getting a DUI if indeed you're intoxicated while behind the wheel of a Tesla.