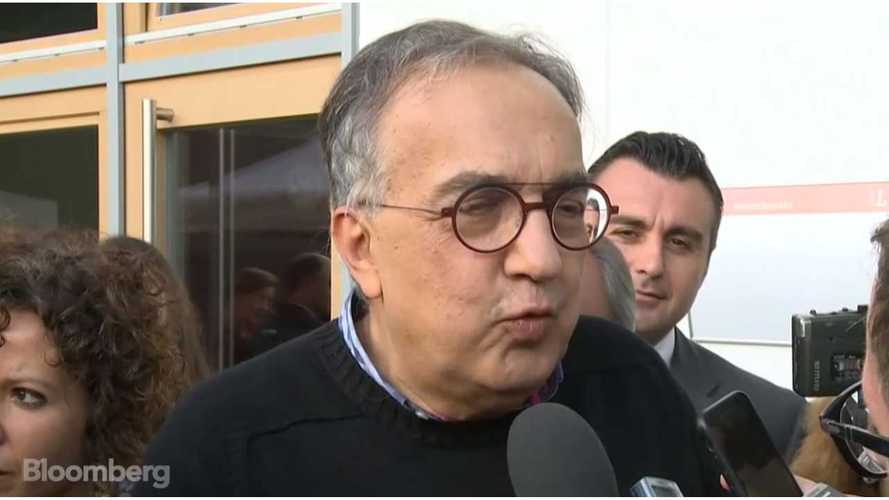 It comes as no surprise that Fiat-Chrysler CEO, Sergio Marchionne, is talking smack about electric cars ... again.

How about the time that he turned up the radio during a Telsa Model S test drive because he had to fill the silence. He told reporters that there will never be an electric Ferrari because the car must make a sound. He also spoke against autonomous cars saying "you'll have to shoot me first."

This is the same CEO that publicly asked people to not purchase his company's electric car (Fiat 500e) because the automaker will lose money. Yes, Marchionne is well-known for such statements.

We will give him a bit of credit for some of his more sensible reasons to fear the transition. Marchionne was one of the first to bring to light the fact that OEMs' traditional supply line control will be adversely affected by electrification. This is not much different than our recent story about European automakers' concerns regarding electric vehicles, costs, margins, and imminent job loss.

Whether they like it or not, it's happening. Some countries are going so far as to ban petrol-only cars. Any transition will have negative and positive consequences, and these things take time. It's not going to be a perfect transition, and in the end, the consumer wins (as does our planet). The positives far outweigh the negatives and there's not been any other technology that has proven itself to have an advantage over the transition to electric cars. Sorry Sergio ...

He even talks about how hydrogen may be a better solution. Apparently, he didn't get the memo, as most automakers that invested heavily into the technology are now moving to plug-ins. Interestingly, we just reported a few months ago that Marchionne had changed his mind regarding electric cars. Hmm ...

Fiat Chrysler Chief Executive Officer Sergio Marchionne says electrification is not the solution for the auto industry, which is at risk because of new technologies. Marchionne also said the company will announce a spinoff of its component business Magneti Marelli next year. He speaks with Bloomberg's Tommaso Ebhardt in Northern Italy.