Bollinger B1 Electric Truck Gets 6,000 Hand-Raisers In Two Weeks 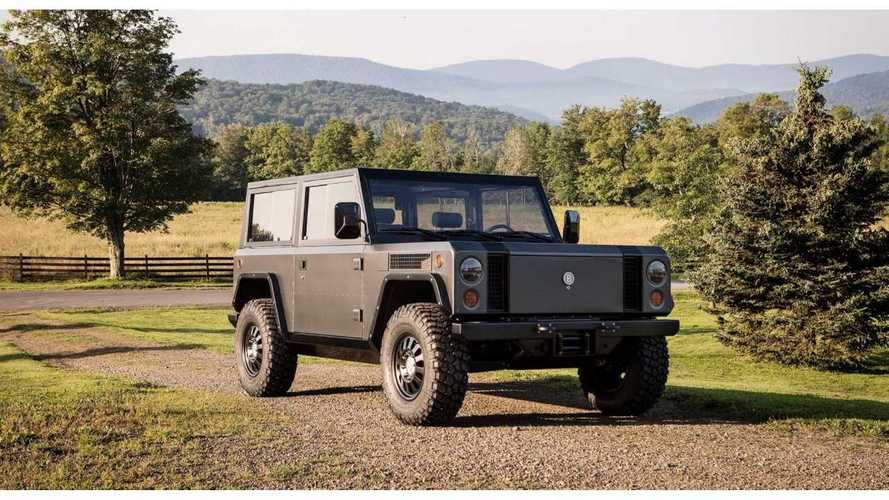 A lot of people think a boxy, all-electric truck/Jeep-type vehicle would be a good car to drive.

According to new numbers released by Bollinger Motors and first reported by Green Car Reports, over 6,000 people have told the company that they're interested in making a reservation for the new EV.

These "reservations" are no obligation for now, and don't require any money just yet, only an email address and some other contact information. It wouldn't make sense to actually send Bollinger any money just yet, since they automaker hasn't even said how much the B1 electric truck will cost. That number should be coming later this year, and that's when Bollinger will start collecting $1,000 deposits.

We asked Jeff Holland, the chief communications officer for Bollinger Motors, about the reservation/deposit process and if Bollinger had any good ideas about how those 6,000 people found out about the B1. He told InsideEVs that the livestream of the event got a lot of attention, claiming that it and the company's press release announcing the B1, "had more than 12,000 media and public views and downloads on line with an audience reach of more than 88 million people."

In the first few days following the reveal we had more than 150,000 unique/new visitors to our website and more than 60,000 hits from our Facebook page. Most, if not all, came from the strategic PR and social media efforts we conducted inclusive of the media outreach and the corresponding articles which were written as a result that drove traffic to the site allowing people to place their pre-orders.

The exposure gained from both press and social media have contributed to create interest and awareness and help create 6,000 new reservation holders, which in terms of potential revenue from vehicle sales would be in the hundreds of millions of dollars.

We have yet to set up any promotional advertising or even a Google AdWords account and we haven't attended any conferences or events yet so everything has come as a direct result of our social and public relations efforts so far.

As Bollinger representatives said at the reveal event a few weeks ago, the B1 will have two battery sizes – 60 or 100 kWh – that will give ranges of either 120 or 200 miles. It will offer 360 horsepower and 472 foot-pounds of torque and 6,100 pounds or towing capacity.

You can learn more about the truck in our interview with CEO Robert Bollinger here.

Gallery (below): Bollinger B1 Electric Truck