Tesla Model X Accelerates Away From Being Rear-Ended - Video 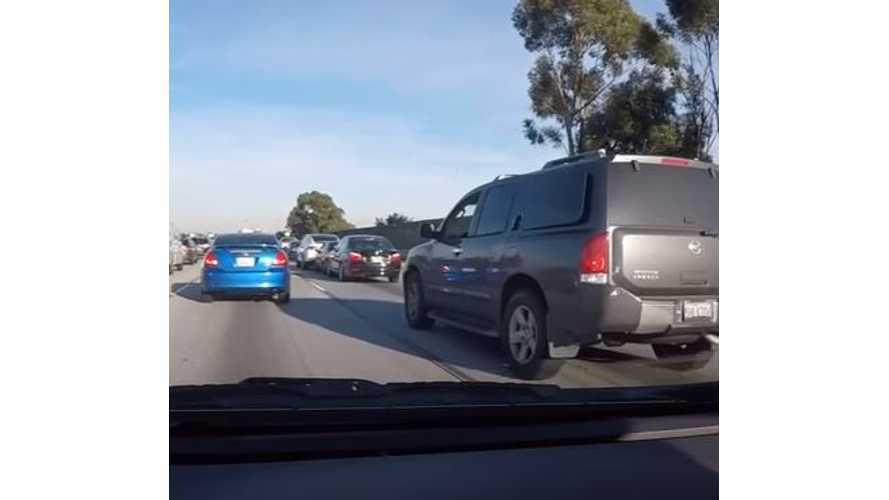 As seen in the video above, an alert Tesla driver narrowly manages to move his Model X just in time before being rear-ended in a multi-car crash.

You can hear the Model X squeal its tires (around the 10-second mark) as it speeds away from what's sure to be a rear-ending during this small pile up on the interstate.

This isn't the first time we've seen a Teslas acceleration enable it to escape a crash and it won't be the last.

Fortunately, it doesn't appear as though anyone was injured in this pile up.