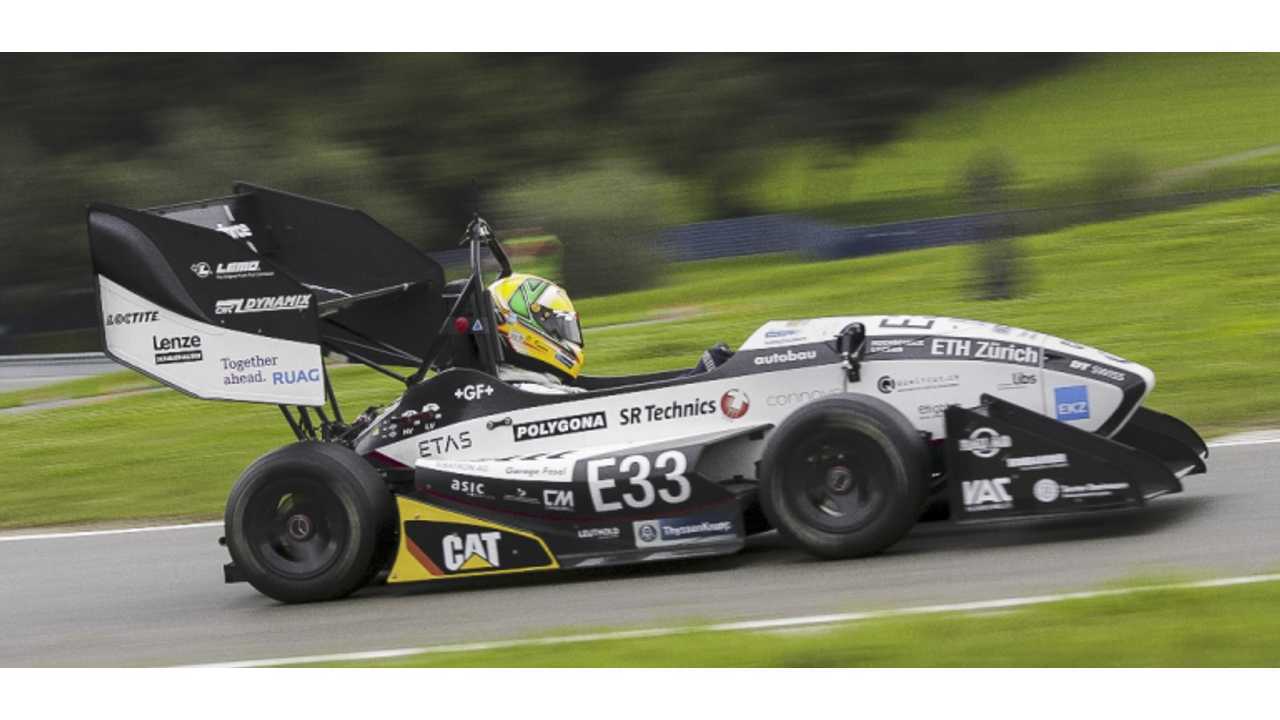 They achieved 0-100 km/h (62 mph) in just 1.513 seconds...and also put together a pretty entertaining video around the achievement.

That's far better than the 1.785 achieved two years ago. Last year, another team bested that result at 1.779 seconds, so now the electric "Grimsel" car is back on the top.

The tiny racer weights just 168 kg and is equipped in 140 kW electric motor.

"The Formula Student Team of the Academic Motorsports Association Zurich has made history today: The electric race car «grimsel» accelerated in only 1.513 seconds from 0 to 60 mph (100 kph) and therefore broke the previous Guinness world record for electric vehicles. The former record was held by an electric racecar of the University of Stuttgart with a time of 1.779 seconds. The new record was set at the military airfield in Dübendorf. The vehicle needed less than 30 m to reach a speed of 60 mph.

The team started the day with marking off a 120-meter-long track, which «grimsel» used throughout the day to accelerate from a standstill. Several experts from academia and industry monitored the record attempts to ensure rules compliance with the official Guinness regulations.

In order to eliminate the influence of a potential slope of the track, the acceleration times were calculated as mean values of two consecutive runs in opposite directions. The old record was already beaten in the first attempt of the day. After further fine-tuning of the traction control system and with optimum track and tire temperatures, the fastest time was set during the afternoon.

In order to achieve this record, the team has invested a lot of time into performance tests since winter, which resulted in an improved usage of the motor controllers and an enhanced traction control software. The outcome of this progression has led to today’s success story and to an acceleration unparalleled by any production car in the world."