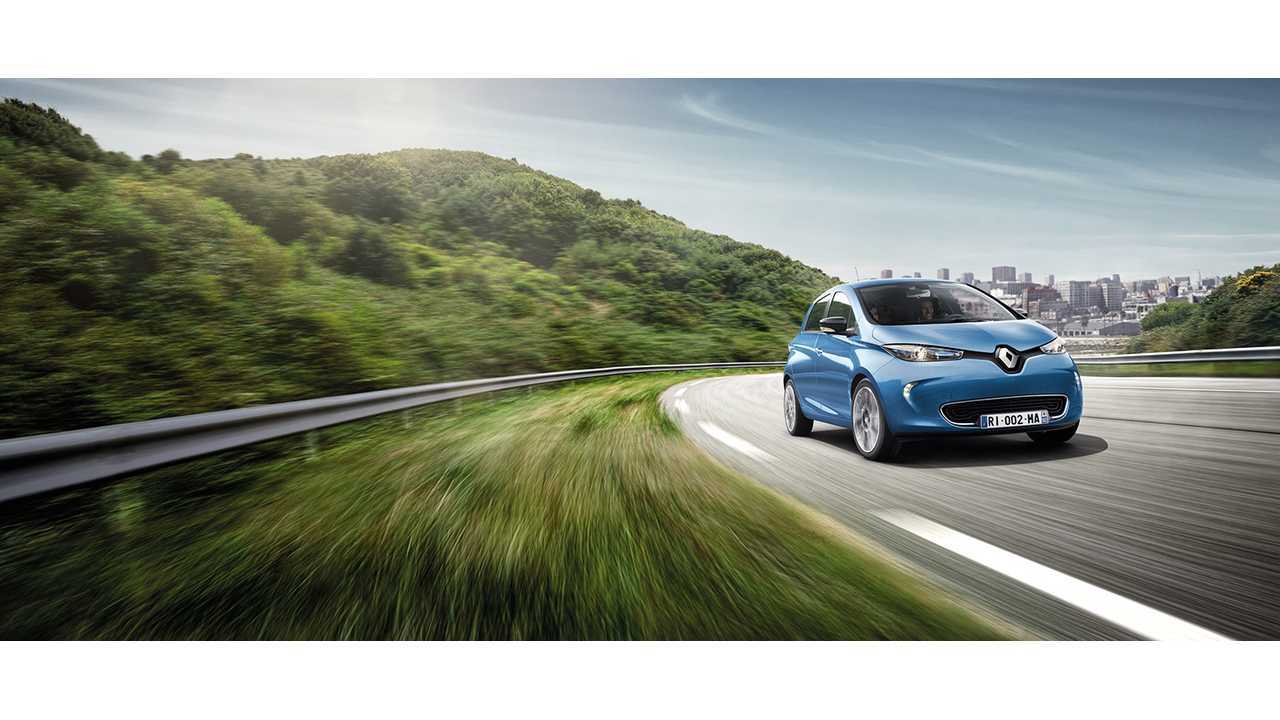 The Paris Motor Show is not yet upon us, but that hasn't stopped Renault's media department in the Netherlands from spilling the details on the updated ZOE ZE 40. 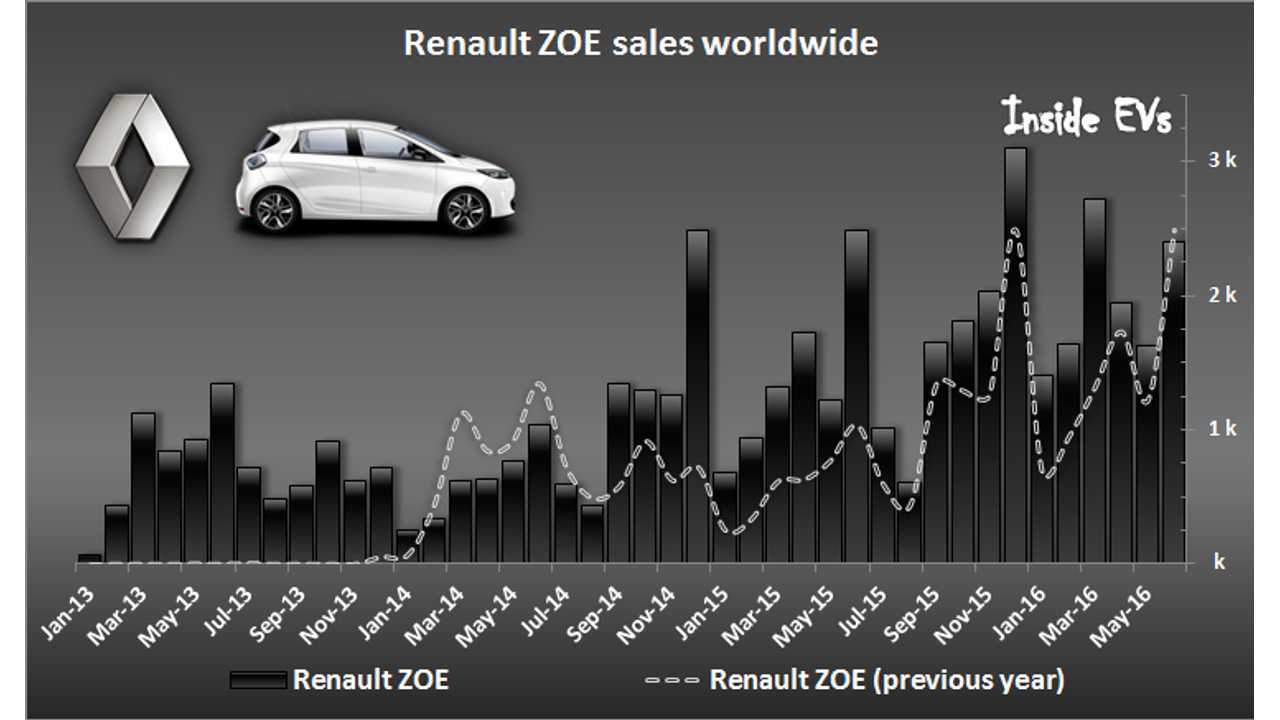 Renault says that the new offering will be on sale from October 1st.  The older edition (22 kWh/Entry) will still be available.  Best of all, the extra battery only adds about 2,500 Euros of cost!

The new 41 kWh battery is developed with LG Chem, and takes up the same space inside the EV as previous editions, and also weighs about the same. 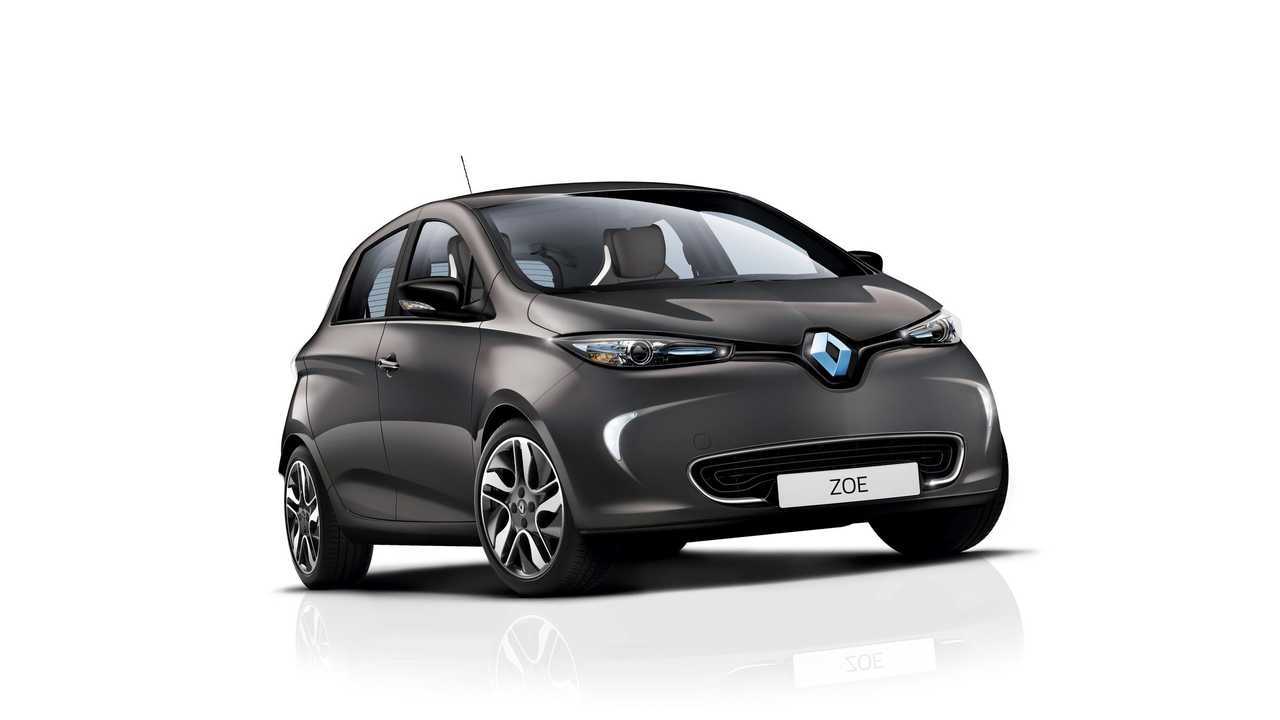 "This has been achieved by optimizing the composition of the cells, with the aim to increase the energy density in place of extra battery modules. This new technology also does not have any effect on the reliability and the safety of the battery."

"In addition to the increased storage capacity (that has) increased range of the ZOE, is also the attention that has been paid to the integration of the battery in the car. The electronic management system of the battery to optimize energy use while driving, while the new air circulation system keeps the temperature of the battery at a constant level so that the ZOE in all circumstances as efficiently as possible." 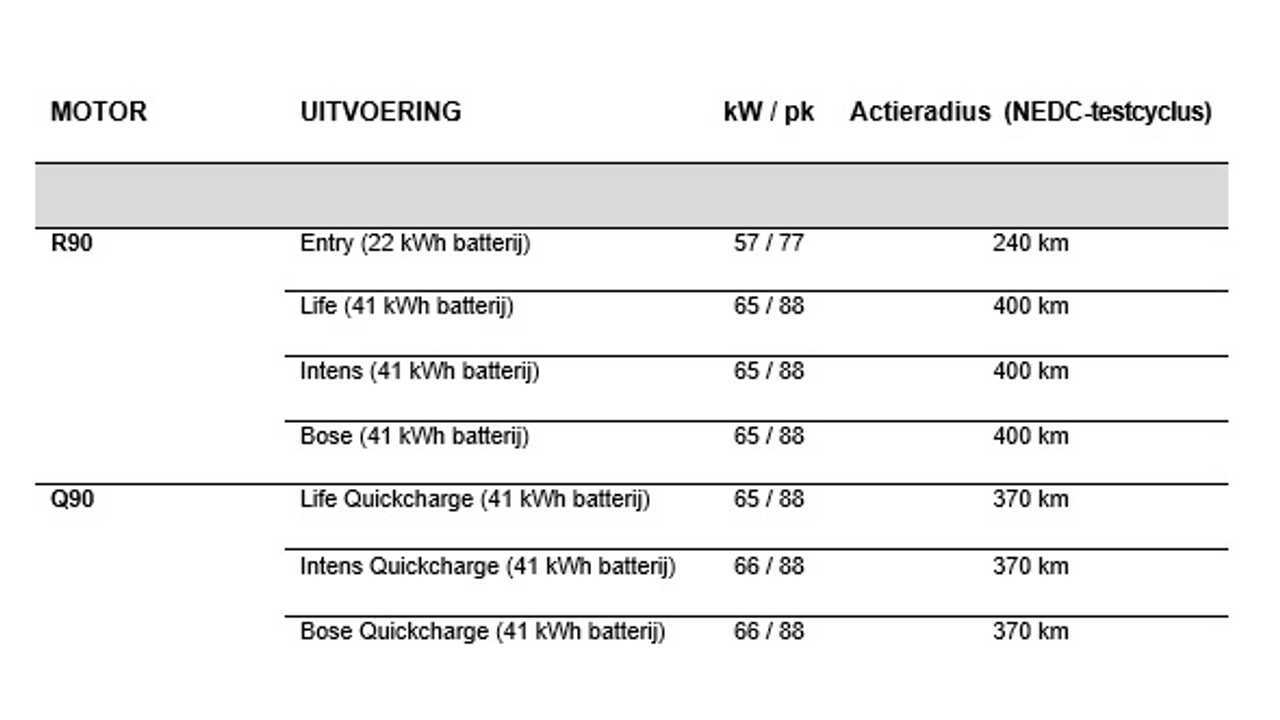 "The time required for charging the a.e. 40 battery is similar to that of a standard battery. So it only takes 30 minutes to 80 km driving range to recharge via one of the many public charging points in Europe"

In the Netherlands, pricing is listed from 29,390 Euros for the Entry/22 kWh version, and 31,890 for the Life/41 kWh edition.  Here is the full pricing breakdown of the lineup with and without battery hire: 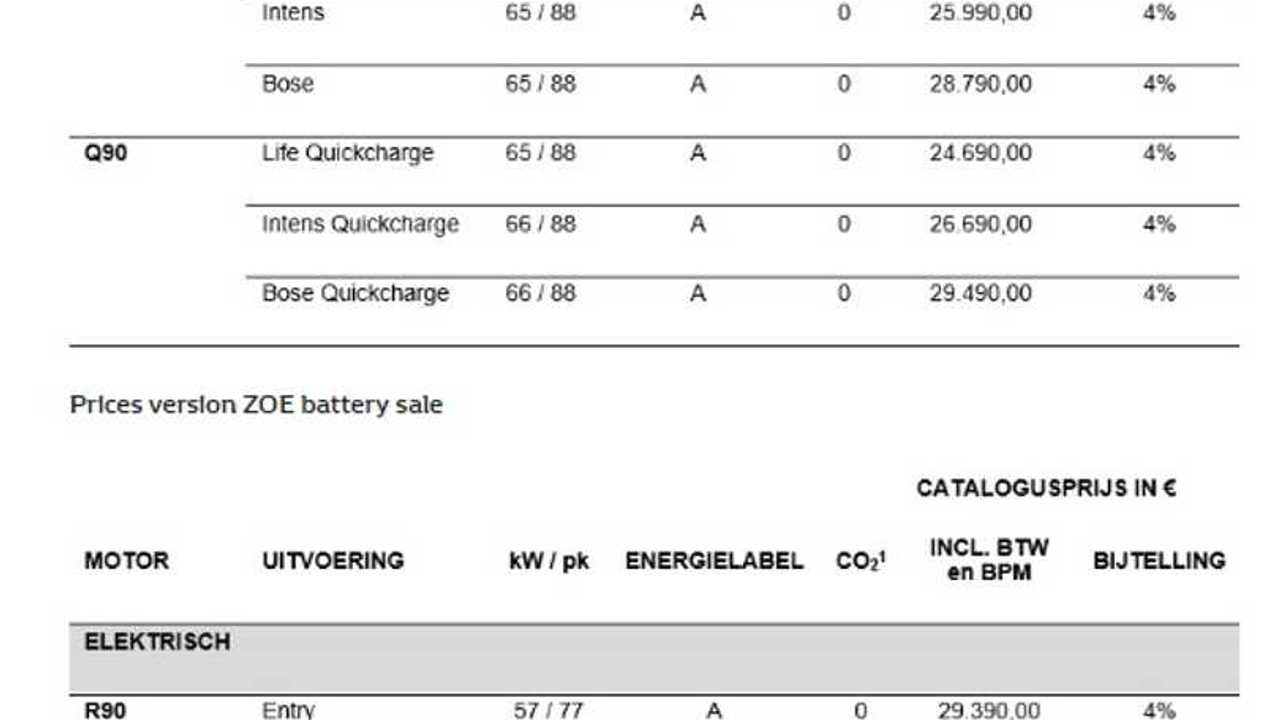 Of course, when Renault officially releases the new ZOE ZE 40 (likely early on Thursday morning), we will have all the additional quotes, photos and specs one can handle.