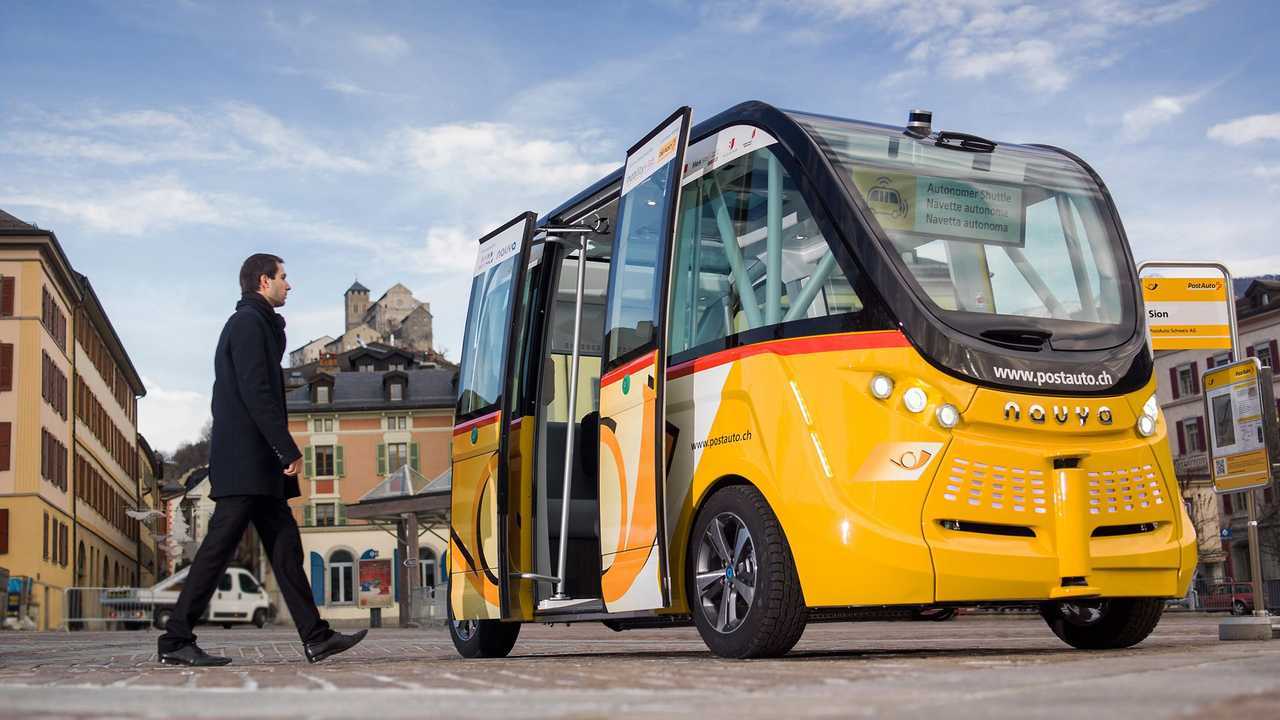 French self-driving, all-electric shuttle bus Navya Arma was recently demonstrated in the US at the CES technology show in Las Vegas this week on a special closed course to show off what the eBus can do.

These special vehicles, thanks to cooperation with University of Michigan can be also spotted elsewhere testing on real roads in the U.S., taking up to several passengers for autonomous drive.

Vehicles are equipped with 33 kWh lithium-ion batteries LiFEPO4-type), which provides up to nine hours of slow-speed driving (at around 15 mph /25 km/h). Wireless charging makes the whole experience pretty seamless for the fleet manager.

Renowned worldwide for its research centre, the University of Michigan is welcoming the NAVYA ARMA as part of a partnership with the Mobility Transformation Center (MTC)

The NAVYA ARMA 100% driverless, completely electric autonomous shuttle vehicle that is revolutionizing first and last mile transportation is fully operational as of today on the roads of Mcity, a mock city where real life situations are created in a totally secure environment. This is one of the most prestigious testing grounds in the world and is managed by the University of Michigan. The NAVYA ARMA is it the only European shuttle bus on the site.

This inauguration marks the beginning of a partnership between NAVYA and the MTC. The main objectives of the partnership are to identify areas of joint R&D opportunities with the goal of advancing technologies linked to autonomous vehicles. NAVYA is providing MTC with the NAVYA ARMA shuttle and all the services that go with it (maintenance and supervision) while the MTC is giving NAVYA access to its R&D department and Mcity demonstration platform.

Launched in 2015 by the University of Michigan, MCity is a 10 million dollar project that sits on a 4km² site on the U of M’s North Campus made up of a network of streets and roads, mobile building facades, bridges, reduced speed zones and even dual carriageways, specifically designed for testing connected, automated and autonomous cars. This is a first class choice for French specialist in smart mobility, NAVYA, who is expecting to supply local authorities and private sites in the US with its smart mobility solution.

“This is a landmark day for NAVYA. While we have had great success deploying our systems all over the world, this represents the first NAVYA ARMA vehicle operating full-time in North America, a key market for us. MCity is the perfect partner and Michigan a great place to deploy the first NAVYA ARMA in the US where we expect expansion to be broad and decisive in the coming months”.