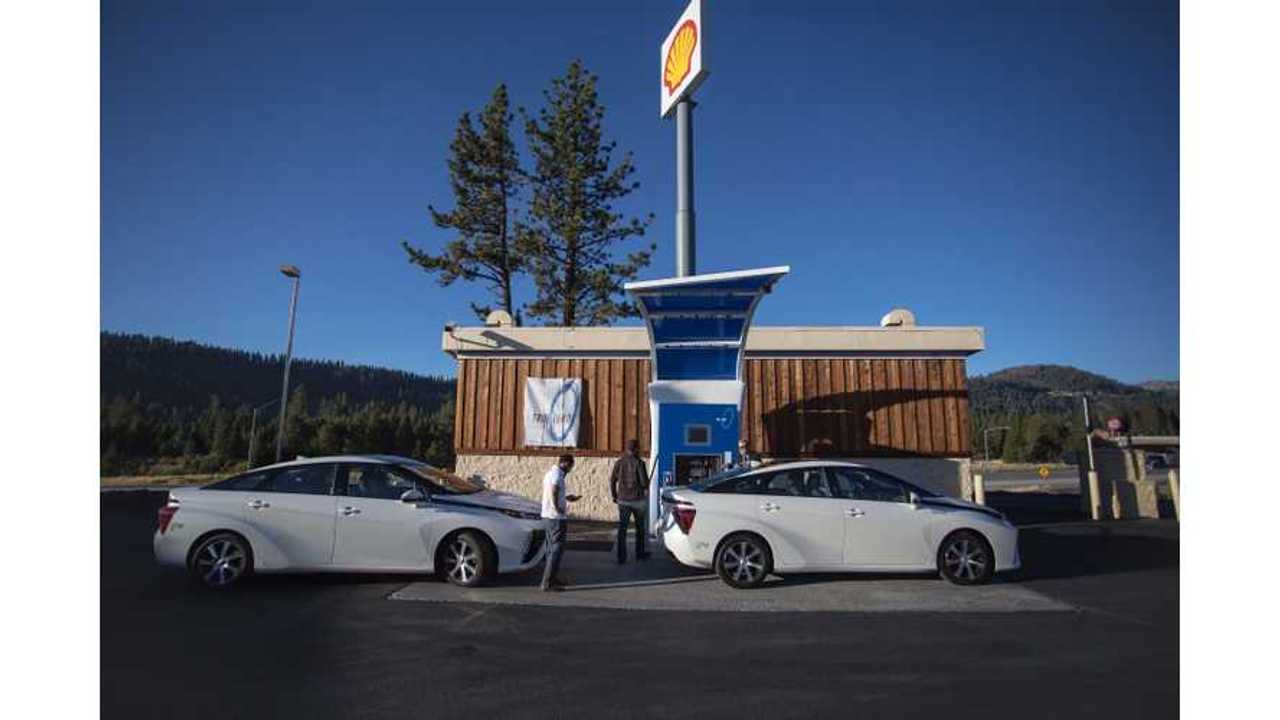 That's a lot, as the Toyota Mirai was capable to go 300 miles after every refuel.

"The goal of the drive was to demonstrate how a zero-emission electric vehicle can serve as a replacement for a gasoline vehicle.  The car was refueled with four-minute "fill ups" using the True Zero retail hydrogen network between southern and northern California.  The mileage mark is expected to become an official record once documentation is submitted and reviewed.

The drive, which started in Long Beach, spanned from sea level to 7200 feet, passed through six of the seven largest cities in California, and crossed the state's boundary into Reno. True Zero's hydrogen charging stations in Long Beach, Harris Ranch/Coalinga, Truckee, Mill Valley, Saratoga and Santa Barbara were used to refuel the cars during the drive, as was a hydrogen charger in Sacramento operated by Linde."

Well, we do appreciate the achievement, but at the same time we kinda feel like this was an opportunistic way to play the Mirai off in the one area it can still best a plug-in electric vehicle - distance over a limited/set period of time (...especially now as the Tesla Model S P100D can travel further than the Mirai's 300 miles), while also using the feat to tout it as an "electric car".

Both statements are true in a technical sense of course, but maybe still a bit off-putting at the same time, as it pushes the boundaries of "truth in advertising" as well.

As of today there is 15 True Zero's hydrogen stations operational and 4 more are expected to be operational by the end of this year.

"The point has been made that an electric car can do everything that a gasoline car can do, but with zero emissions. All it took was grabbing a credit card, hopping in our Toyota Mirai with its carpool sticker, and charging up at the True Zero hydrogen stations that are open throughout California.  And it's possible today thanks to the State of California – the vision of the Energy Commission and Air Resources Board has arrived!

We did some city driving, we drove through the mountains, we stopped to take photos, we crossed the golden gate bridge, we stopped to talk to reporters, and we even crossed into Reno.  The Mirai can go more than 300 all-electric miles on each four-minute charge of True Zero hydrogen, so it was easy to do all of it in 24 hours without any concerns or range anxiety."

"It's very cool that we were able to show this kind of accomplishment during National Drive Electric Week, he added. "Electric cars are so important to California's environmental goals and we're starting to see the momentum build with fuel cells as part of that electric car mix. In just the last six months our True Zero hydrogen chargers have powered well over a million miles of all-electric driving."