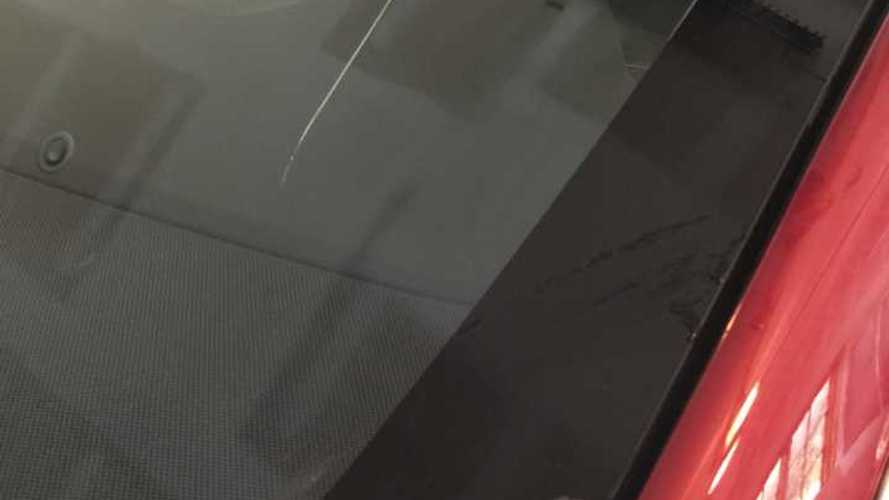 The Tesla Model X has one of the biggest windshields of any automobile available today, but that front panoramic piece of glass isn't nearly as expensive to replace as you might think.

Model X owner Bobby Kansara recently discovered what it costs to replace the Model X's windshield. As he explained over at Tesla Motors Club forum:

“Driving back from Mount Rushmore on a family road trip for the long weekend, a large rock hit my Model X windshield and put a medium sized crack in it.”

Bobby took his X in for a replacement windshield at a Tesla service center and was initially quoted $2,290 plus tax. Turns out, that quote was incorrect.

Jon McNeill Head of Global Sales and Tesla VP chimed in on the forum to clear up the situation:

"Bobby -- this was the result of a parts price mistake in our system. Our service team will reach out to you to give you a corrected estimate."

"I am happy to report to everyone that the CORRECT price of the windshield replacement is approx. $880 (NOT $2300 as I was originally quoted). Once again, Tesla comes through with exquisite customer service! Frankly, I am very pleasantly surprised as I thought the cost of the windshield replacement would be much, much higher. Either way, the Model X remains the greatest thing I have every purchased."

That's inline with an average windshield, which costs approximately $400 to replace with an aftermarket part or in the ballpark of $1,000 for an OEM piece of glass. And actually, that $880 replacement cost (+ install) is a fair bit cheaper than you'd expect, especially given the size of the X's windshield.