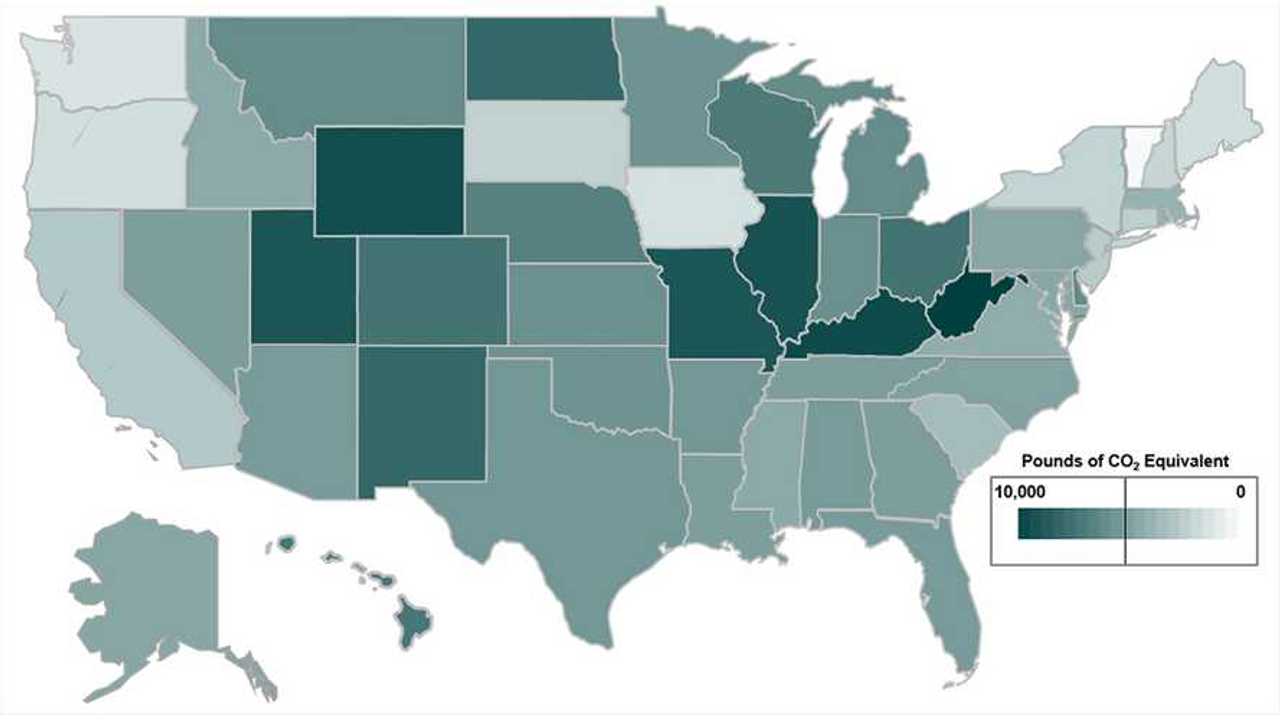 All-electric vehicles don't emit while driving, but the electricity needed to charge EV batteries do come from power plants. Those power plants in many cases, burn some kind of fuel to produce electricity; however some renewable energy sources don't take advantage of finite fuels, and thus don't emit at all.

As it turns out, the well-to-wheel emissions of all-electric vehicles are lower than gasoline vehicles on average in all states:

That said, there is still a huge disproportion of CO2 emission between the states, depending on renewable energy source usage. Vermont for example is almost emission free, while on the other hand coal powered West Virginia stands at 9,451 pounds of CO2 equivalent.

The most important thing is that the switch is on to plug-in vehicles, and at the same time, every year's electricity production becomes a little greener, so every EV sold will help the environment a little more every day.

Well-to-Wheel Emissions from a Typical EV by State, 2015