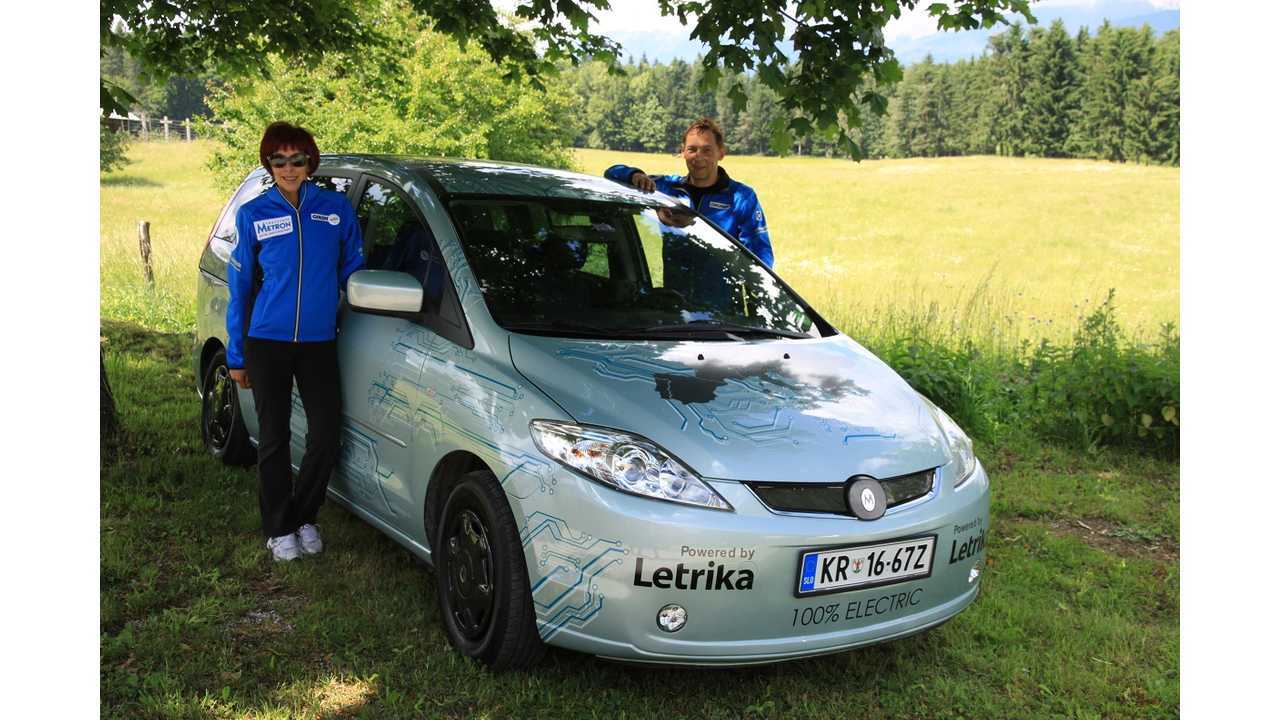 Andrej and Jasna Pečjak next to Metron 7

During WAVE Trophy 2015 in June, Metron 7 (Mazda5 converted to electric drive by Institute Metron in Slovenia) once again raised the bar for electric car range.

Let's look back at this interesting event.

Not bad for an electric car, huh? But to have 500 miles range Metron 7 was equipped with an 86 kWh pack, extended by a further 22 kWh in an external pack, for a total of 108 kWh. That's significantly more than a Tesla Model S.

At over 100 kWh, electric cars are probably topping out, as longer range isn't needed if cars like this would have Superchargers available along the routes.

The record breaking journey was reported by AutoblogGreen.