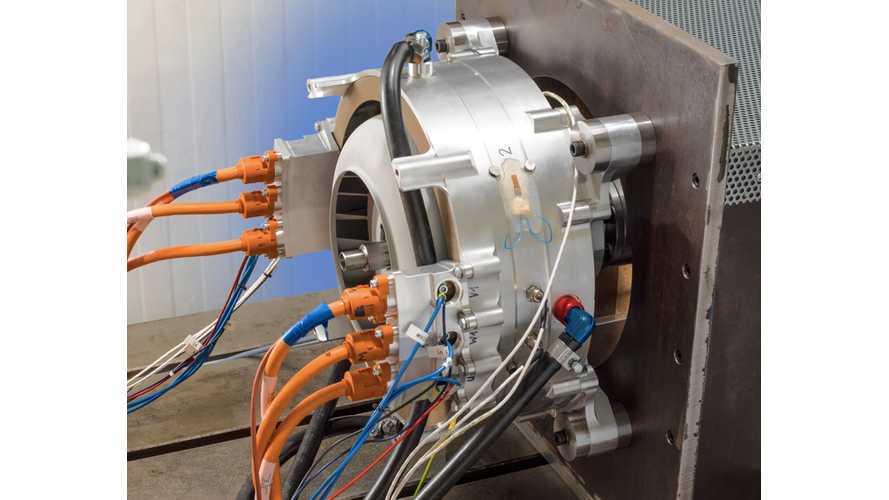 There's been a lot going on lately.  A whole lot.  If you'll remember, we've been working on a conversion project, based on a 2005 Honda CBR600RR chassis, to get to a 100kW Superbike, able to hold it's own against it's ICE counterpart.  Read all about it here: The Dream Bike Build.  The more we ran the modeling and the simulations, and the more we talked to builders like the Ohio State Buckeye Current team, the guys at the Olin College REVO team and the folks working on the Voltron, the more we felt the bike was well within realistic targets - both budget and performance-wise.  We almost picked up a donor chassis too - a Craigslist find with some motor problems - a perfect candidate for short money.

But we put the project on hold.

Why?  Well, it seems like things in the EV world are starting to progress at an increasingly dizzying pace.  First there's the motor.  With the Seimens announcement of their "world record electric motor for aircraft", we're seeing a major player suddenly committing to some major breakthroughs.  In case you missed it, here's the skinny:

"Siemens researchers have developed a new type of electric motor that, with a weight of just 50 kilograms, delivers a continuous output of about 260 kilowatts – five times more than comparable drive systems.

"The motor has been specially designed for use in aircraft. Thanks to its record-setting power-to-weight ratio, larger aircraft with takeoff weights of up to two tons will now be able to use electric drives for the first time.

"To implement the world-record motor, Siemens' experts scrutinized all the components of previous motors and optimized them up to their technical limits. New simulation techniques and sophisticated lightweight construction enabled the drive system to achieve a unique weight-to-performance ratio of five kilowatts (kW) per kilogram (kg). "

This is just a wee bit hotter stuff than our Emrax, but with an important twist that it's being offered by a huge company with huge resources.  We can't help but suspect this is going to have an impact on both the smaller companies like Emrax and YASA, and the products those companies build.  The Emrax is an "outrunner" too - a design specifically for running a prop, rather than driving a motorcycle, so we're thinking maybe we'll see something a little easier to adapt to our purposes within a short timeframe.  But the important point is the "simulation techniques and ...construction" Seimens is touting.  Things are going to change, and fast, we're thinking.

The other thing?  Um.  Did you catch the news on what The Elon just announced?  Right.  Batteries.

Even in the EV conversion circles we haunt, Leaf modules are becoming pretty common.  Don't miss Ben's work over here.  What's a little more interesting is the data on the Volt packs that's starting to seep out.  We're seeing tear-down videos of them as well.  Hybrid packs are typically more of a "power" pack, allowing more charge/discharge current and power density, which is what we're looking for in a motorcycle pack.  More data is needed.  But look at the Tesla Energy numbers.

That form factor could even work in a bike, with a little tweaking. A "Tesla motorcycle"?  It's not out of the question, at least from the battery side.

We're hearing some other rumblings about battery developments too, beyond you're average weekly battery "breakthrough" news, stuff that actually sounds viable, and some stuff that's going through some actual testing in drivetrains.  Between that, Tesla's economies of scale, and the increase in salvage stuff in the market?  Pulling the trigger on battery technology right now just doesn't make much sense.

Remember the goals here.  Building this "Dream" bike isn't something we want to do half-heartedly, and it certainly isn't something we want to look at in a year and consider re-building with newer, cooler stuff.  At the same time, there are some parts and pieces that we're not really ready with yet, either.  A modular battery pack system, along with a modular control "pack" (with the contactors, fusing, DC/DC and all that) are two things that we're still working on, and regardless of the final battery and drivetrain decisions will need to be implemented.  Here's some of the work along those lines...  just some prototypes we put together:

While we never really left the "drawing board" stage of this, and we'll still be working hard with all the latest information we can find, the time to start buying bits and pieces?  Probably not upon us yet.