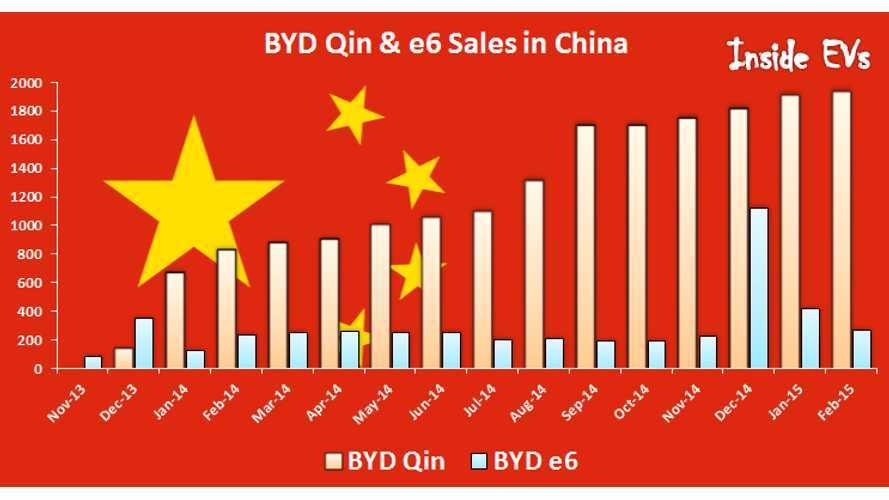 February was another strong month for plug-in electric car sales in China as almost 4,800 of them were sold, according to EV Sales Blog.

This is not the record, although growth year-over-year is still tremendous and the 10,000-unit mark has already been passed for 2015.

The leader of the market is BYD. Like in every other month, the automaker set a new record of Qin plug-in hybrid sales - 1,932. Step-by-step, Qin is approaching its ceiling of 2,000 units a month.