Chevrolet Bolt To Be Built In Michigan In October 2016, Opel "Companion" EV Coming Too (Updates) 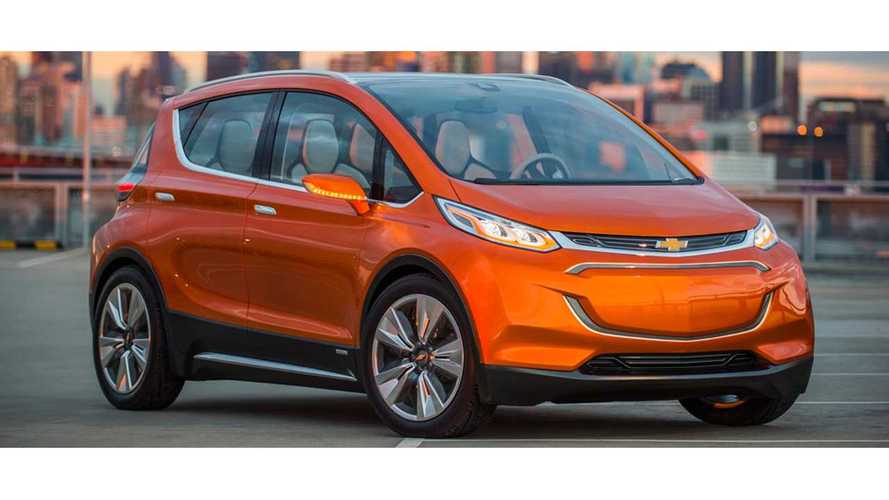 Two suppliers from General Motors have leaked word that the company intends to put the Chevrolet Bolt into production in October of next year at its Orion township plant in Michigan.

In addition to that news, Reuters has learned through a supplier that a badge-engineered "companion" model Opel all-electric car will also be built alongside the Bolt.  Although another "GM source" says a final decision on whether or not the Opel version will also be built in Michigan has yet to made.

The supplier sources who need significant lead time to prepare for production say they are being told that General Motors expects to sell 25,000-30,000 Bolts per year once production is underway.

Chevrolet reps have suggested the Bolt's price would be around $30,000 after taking into consideration the federal credit of $7,500.

We should note that if the recently introduced 2016 Chevrolet Volt (details) which goes on sale this fall, is met with sales success, that credit won't last very long as GM has already produced 77,077 plug-ins (through January 2015) out of the 200,000 allowance before the credit begins to wind down.

Chevrolet Bolt Concept From The 2015 NAIAS

Today the Orion plant is one of GM's more under-utilized plants, as it only produces the Chevrolet Sonic and Buick Verano...not exactly the volume of the Chevy Malibu and Pontiac G6 from 5-6 years ago.

The Chevrolet/Opel Bolt will ride on GM's new Gamma small-car platform along with the next generation of Sonic.

The sources say the 200 mile EV will share much of the componentry with the 2016 Sonic.

UPDATE (1):  GM has made a official comment on this leak:

"Bolt EV Concept is just that – a concept. We're currently evaluating the vehicle program, but do not have any production announcements to make at this time."

Looking at the careful wording of the statement, and the fact there are multiple sources speaking on some very specific information...and the fact that GM's Consumer Affairs guy James Bell definitively said the Bolt will be in showrooms in 2016 during a live interview (watch) from the NAIAS (also retracted later) means to us that GM is probably not too happy with the informational leaks and are trying to"stuff the cat back into the bag".

(Of note: GM later made a statement to InsideEVs saying Mr. Bell made a "simple mistake" in the interview regarding the Bolt's showroom arrive in 2016, and the company had "no productions announcements to make at that time")

Update (2): According to reports, GM was attempting to contain this news until the 2015 Chicago Auto Show, where GM North America President Alan Batey, acting as the featured speaker at an opening breakfast Thursday of next week, would formally announce the 200 mile EV's production in Michigan in late 2016.

The only question left to be answered?  Will Mr. Batey still be referring to the car as the "Bolt EV" or will GM have listened to the feedback from Detroit, and change the production vehicle's name?