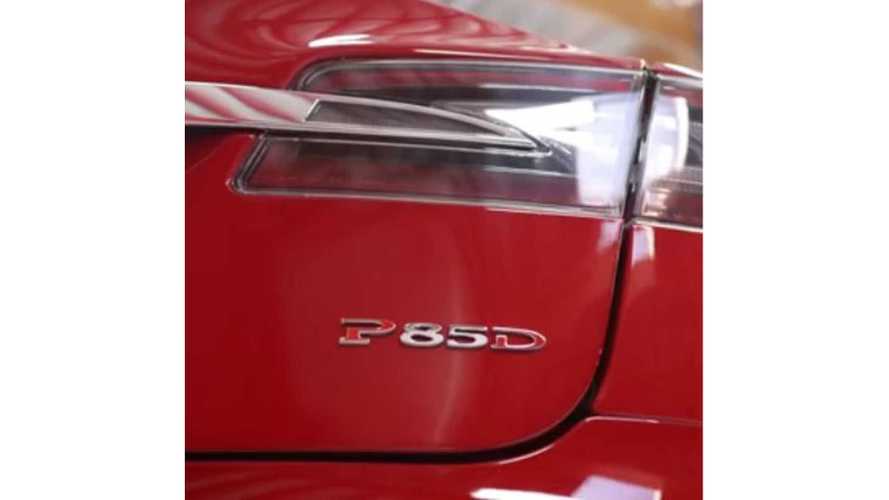 The Tesla Model S P85D is such a slouch off the line that Tesla will reportedly roll out a firmware update to quicken its responses.

Well, of course an official 3.2-second time from 0 to 60 MPH is lightning quick, but a sub 3-second figure is the holy grail for cars.

According to rumors on the net (and from what we have heard ourselves from the company promising some level of improved performance once internal validation was complete), a future P85D firmware update will bring the official 0 to 60 MPH time into upper 2-second territory, a figure achieved by only a handful of road-going cars.

I'm happy to bring you a TMC exclusive rumor. According to my sources deep inside Tesla, a firmware update for the P85D will increase its 0-60 performance from 3.2s to 2.8s. I have not personally operated this P85D, but my sources have allegedly seen it in action and historically these sources have been accurate for Tesla rumors. Please take it with a grain of salt because I have not seen or operated this vehicle myself.

If true, the P85D will join an extremely exclusive club that includes mostly hypercars priced at $1 million and up.

Update (January 29th):  Tesla CEO Elon Musk confirmed via Twitter (naturally), that the P85D will indeed get a software update to increase performance, unfortunately the car will still be slightly shy of the mythical "2"s