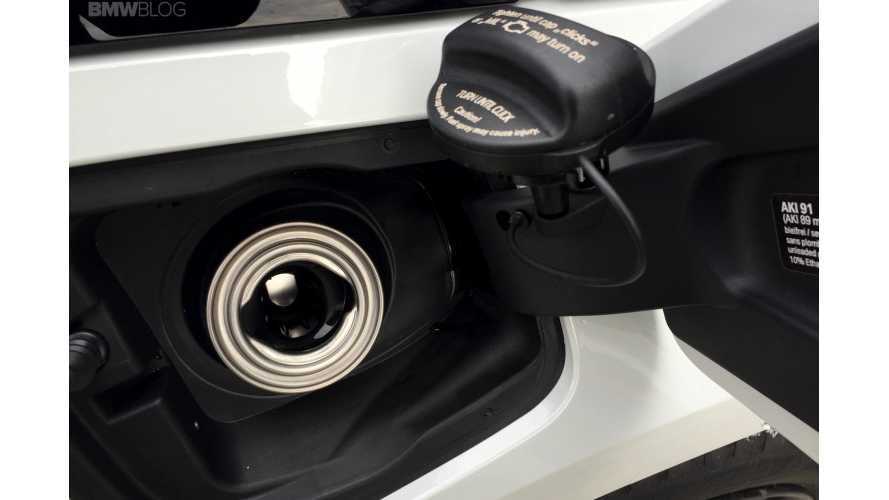 When BMW launched the i3 REx in the U.S., one of the main difference from the European version of the same car was the fuel tank capacity. Since BMW needs the i3 REx to qualify as a BEVx and one of the qualifications of the BEVx is that the car has a smaller gasoline range than it does electric range, and also to meet EPA requirements, the fuel tank capacity was said to be reduced from 2.4 gallons to 1.9 gallons.

This is a 21 percent capacity reduction which translates in a smaller driving range on the range extender itself.

Recent developments reveal that the fuel tank capacity of the i3 REx was not physically reduced, but rather controlled via software. This was accomplished by shutting off the fuel pump at 1.9 gallons.

The tech wizards on the BMW i3 Facebook Group have figured out a way to remove the restriction but as always, this is not approved by BMW and might void your warranty, so do it at your own risk.