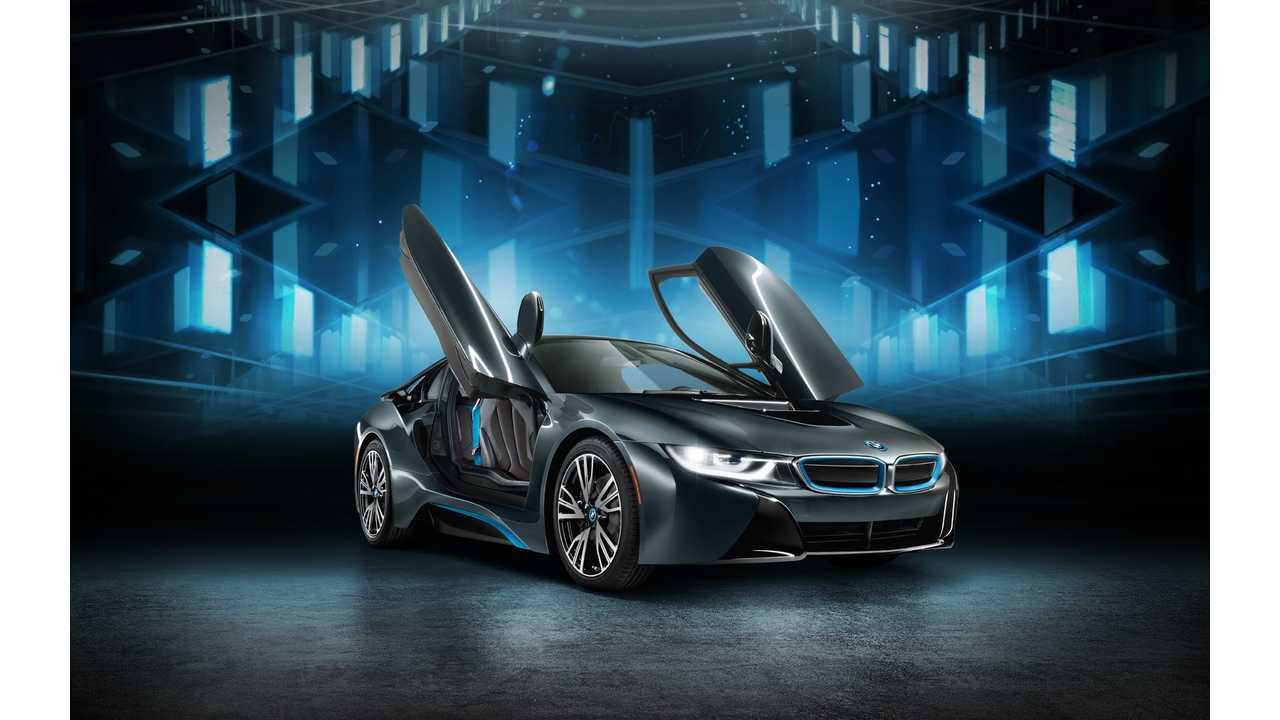 BMW i8 Is The Only Green Car Among The Winners, So It's The Only One To Get Its Image On This Page

This year, Green Car Journal has created additional “Green Award” categories so that the Journal can announce numerous “green” award recipients, not just one.

Those new categories, along with the finalists, were:

Winners in all 3 categories were announced just moments ago.

And the winners are:

Only one of the picks line up with the vehicles we predicted would win.  Our prediction from a few months back: Full press release below:

WASHINGTON, Jan. 22, 2015 (Virtual Press Office) -- Green Car Journal has named the Jeep Grand Cherokee EcoDiesel its 2015 Green SUV of the Year™ and the BMW i8 its 2015 Luxury Green Car of the Year™, with the aluminum-bodied Ford F-150 earning the magazine's 2015 Green Car Technology Award™. Winners were determined by a jury of Green Car Journal editors and automotive experts. The prestigious awards were announced in Washington, D.C. today at a Green Car Awards™ press conference held during the Washington Auto Show's Public Policy Day at the Washington Convention Center.

"These are truly commendable vehicles representing the 'best-of-the-best' in so many ways," said Ron Cogan, editor and publisher of the Green Car Journal and CarsOfChange.com. "The auto industry's very early focus on small cars and efficiency-for-environment tradeoffs has evolved to now include a more dynamic field of 'greener' models in all vehicle classes. Those wanting greater efficiency or better environmental performance are no longer constrained by limited choices or vehicle types that fall outside their top purchase preferences. Today, if you want a more environmentally positive vehicle – even an aspirational sedan or coupe, SUV or pickup – they're out there in growing numbers."

The Jeep Grand Cherokee EcoDiesel earned the 2015 Green SUV of the Year™ award for many reasons including its excellent fuel efficiency for an SUV of its size. Its 3.0-liter EcoDiesel V-6 offers up to 30 highway mpg and is approved for B20 biodiesel use. An Eco Mode optimizes the 8-speed transmission's shift schedule, cuts fuel feed while coasting and directs the air suspension system to lower the vehicle at speed for aerodynamic efficiency. Its competitors in this year's award category included the Honda CR-V, Hyundai Tucson Fuel Cell, Lexus NX 300h and Mazda CX-5.

Winner of the 2015 Luxury Green Car of the Year™ award, BMW's sleek i8 speaks to aspirational buyers who value superb styling, exceptional performance and the efficiency of plug-in hybrid drive. It features a carbon fiber passenger compartment and an aluminum drive module with a gasoline engine, lithium-ion batteries and electric motor. The i8 can drive on battery power for 22 miles and up to 310 miles on hybrid power. Finalists included the Audi A8 L TDI, Cadillac ELR, Porsche Panamera S E-Hybrid and Tesla Model S.

The Ford F-150 is honored with the 2015 Green Car Technology Award™ for its milestone use of an all-aluminum body that takes lightweighting to new levels in the pickup field, enabling the all-new 2015 F-150 model to shed up to 700 pounds for greater efficiency and performance. Award finalists also included advanced powertrains in the BMW i3, BMW i8, Chevrolet Impala Bi-Fuel, Ford F-150, Honda Fit, Kia Soul EV, Tesla Model S, VW e-Golf and Volvo Drive-E models.

"The Green Car Awards have become a cornerstone of The Washington Auto Show, shining a spotlight on the energy and environmental issues that have become so integral to the political and economic imperatives of the auto industry," said Washington Auto Show Chair Kevin Reilly. "This year, as we celebrate an expanded suite of Green Car Awards, we also celebrate the astounding strides being made to produce vehicles that are smarter, greener, safer and more powerful than ever before."

About Green Car Journal The award-winning Green Car Journal has focused on the intersection of automobiles, energy, and environment since its launch in 1992. As part of its mission, the magazine hosts events, produces ride-and-drives of advanced and clean fuel vehicles, and conducts various outreach efforts to educate consumers on better and more environmentally positive vehicle choices.