Detroit Electric released a few of the latest photos of two pre-production SP:01 vehicles, which were tested outside of Detroit Electric’s UK facility at Leamington Spa, UK.

Interior and exterior designs are finally confirmed and production is scheduled to begin in early 2015. Specifications and the whole concept for SP:01 reminds us of the Tesla Roadster.

"The lightweight SP:01 will be the world’s fastest pure-electric production two-seater sports car when it goes on sale in Asia, Europe and North America next year. The SP:01 features a 285 HP / 210 kW electric motor, carbon fibre body panels and manual transmission as standard. An optional single-speed and twin-speed automatic transmission are also available. The SP:01 promises to deliver blistering acceleration, reaching 0 to 60 mph in 3.7 seconds (0-100 km/h in 3.9 seconds) and an impressive top speed of 155 mph (249 km/h)."

Editor's Note: We do have to mention there has been a lot of slippage in production and delivery for the SP:01 of late, and also of Detroit Electric's use of the phrase "two-seater sports car" to claim fastest pure electric car - as perhaps a way insulate against any Tesla Model S P85D comparisons as an "over-the-air firmware upgrade" will see the Tesla match, if not exceed that top speed figure well before the SP:01 is delivered; and we already know about how fast the P85D is to 60 mph (3.2 seconds) in comparison.

Separately, Detroit Electric announced the appointment of Integrated Energy of South Korea as its first importer and distributor in Asia.

“This is a strategic step in the development of Detroit Electric business in the global market and we are delighted to partner with Integrated Energy to deliver our high performance vehicle and services to Korean customers. With the vision beyond the EV business, the joint V2X pilot project in Jeju Island with Integrated Energy will certainly be a showcase of our innovative technology and sustainable business model.” 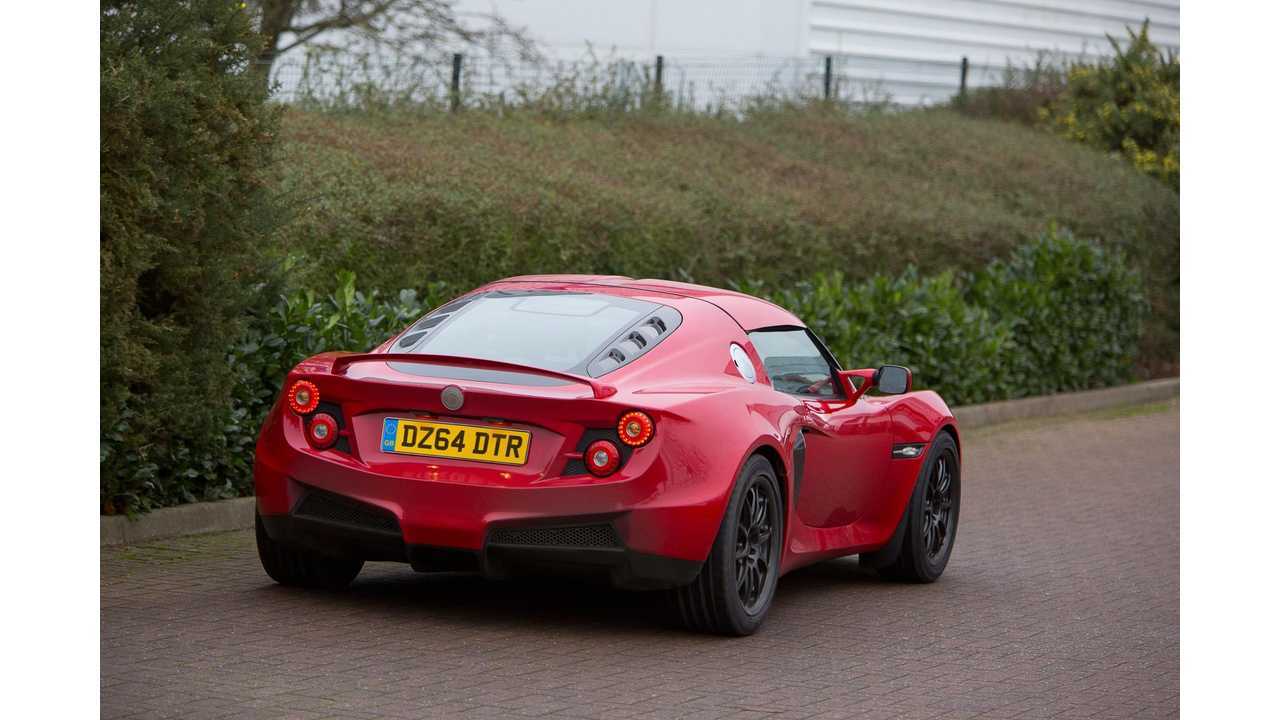 The design of SP:01 has been subtly updated since the prototype was unveiled at the 2013 Shanghai Motor Show, to further improve the vehicle’s aerodynamic performance. The changes to SP:01’s design ensure that it will deliver on its promise to set new standards for performance and handling in the EV segment.

The most striking element of the design is the new fastback configuration, which replaces the prototype’s flying buttresses on either side of the rear window.  A large sculptural rear wing and under-body diffuser have also been incorporated to reduce lift and improve handling at higher speeds.

A range of exterior styling options will be available from launch, including a carbon-fibre rear spoiler, diffuser and battery cover. Metallic paint options for the SP:01 include Performance Black, Performance Blue, Performance Green, Performance Orange and Performance Silver, as well as ‘Special White’ and ‘Special Red’. Customised paint colours are also available." 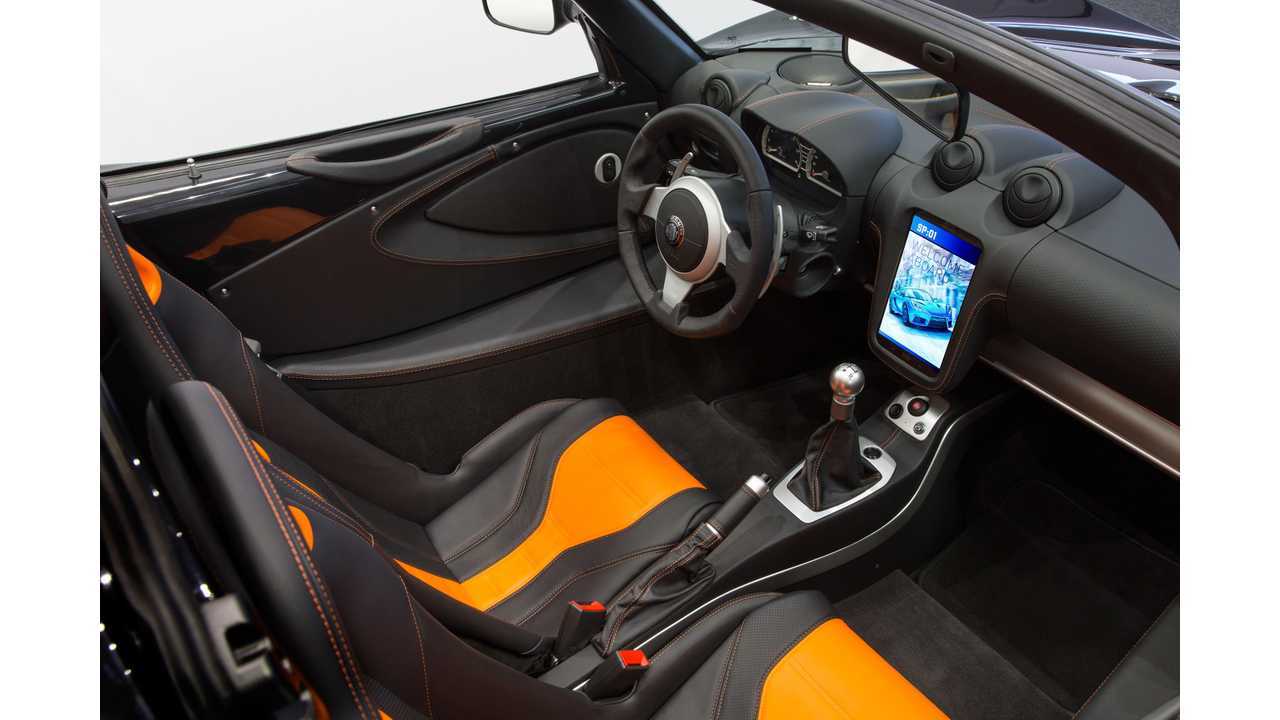 In harmony with the bold exterior, the cabin of the SP:01 evokes the brand’s mantra of ‘Pure Electric Performance’ through a futuristic, sporty design, with sweeping lines and bold shapes suggesting speed, agility and athletic poise.

Via mobile connectivity, SAMI can also be used to make mobile telephone calls, stream data and access the internet, while providing remote access to a range of vehicle functions, including the control of charging/discharging, climate control, and full vehicle telemetry. The open-source platform will enable Detroit Electric’s customers to access apps developed by third parties via SAMI’s in-car interface, providing numerous opportunities to enhance the user experience.

A selection of bespoke alloy wheels, designed by Detroit Electric’s Head of Design, Jerry Chung and named ‘Anderson Diamond’, ‘Anderson Satin’ and ‘Anderson Gloss’ after the founder of Detroit Electric, William C. Anderson, will be available at launch." 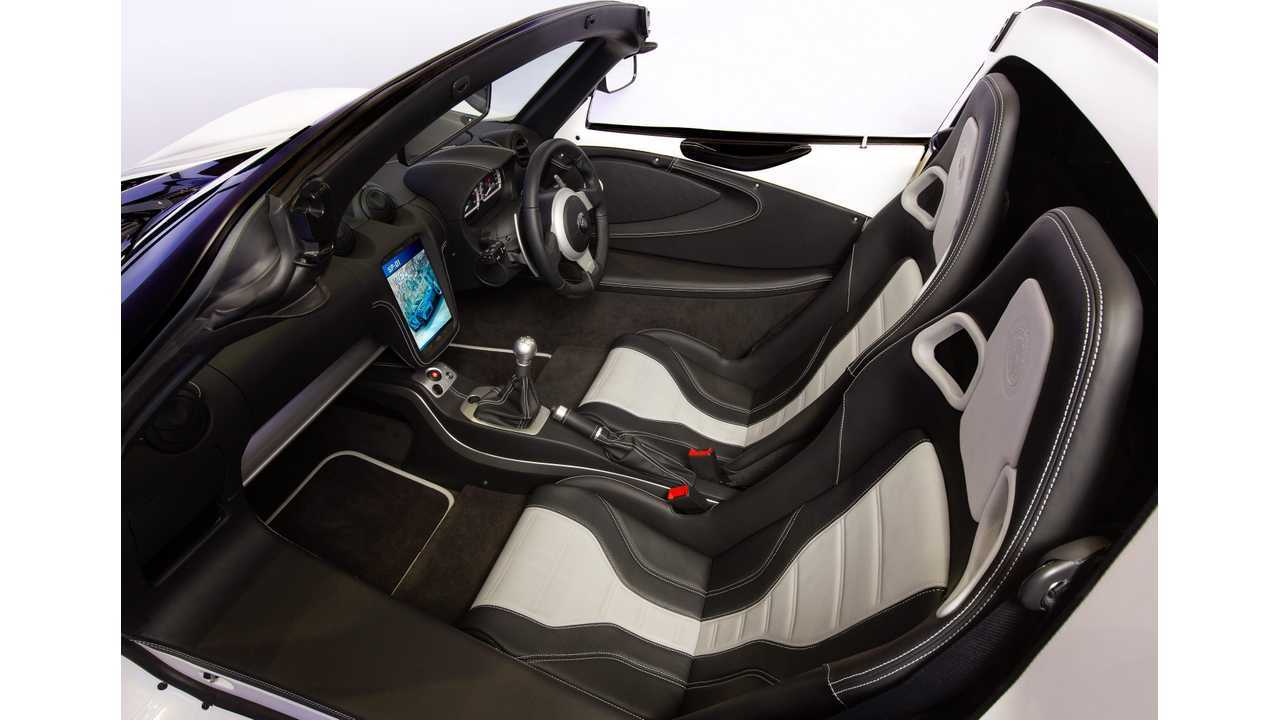