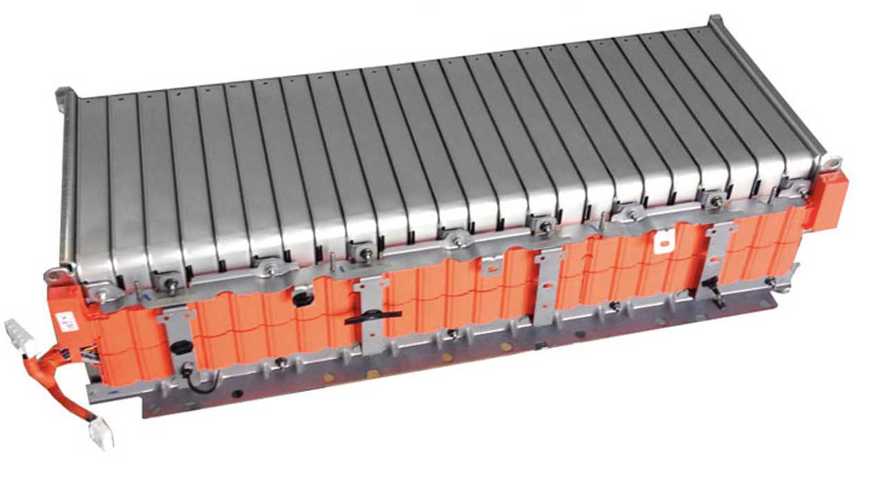 After the fun of seeing the Tesla battery pack innards, it seems only fair to take a look at the guts of other cars' batteries - notably the Nissan LEAF.  Most of this information comes from the salvage site Hybrid Auto Center, (and we're in no way promoting or representing them), but a while back they turned a lot of heads by offering LEAF packs and modules in "like new" condition.  The internet forums went ablaze with curiosity.

These are assemblies of large prismatic LiMn2O4 with LiNiO2 pouches, enclosed in what can only be described as a large pickled-herring can.  Here's what they've published on the HAC site as specs:

You can buy them in big, assembled packs right out of the cars (shown above), or broken up into various configurations of smaller modules.  The individual tins spec out like this:

If you're a DIY guy and the module configuration fits your voltage requirements, these things are remarkably adaptable to almost anything that needs batteries - from cars and boats to motorcycles. They come assembled in packs with some slick bus-bar detailing that will make the build look nice and professional, as well as being very safe. That's what we're seeing with this detail of a 4-module pack showing the orange plastic cover:

The chemistry has some pretty stout performance numbers, especially where energy density and discharge capacity are concerned.  Take a look at this chart that HAC provides:

We've seen a lot of testing on the forums as well, and it's not unusual to see claims of 10C discharge rates considered safe.  (The "C" rate is an indication of how much current a cell can provide for an extended period of time without suffering damage.  2-5C is about standard for a car-sized EV pack.  10C gets into some fairly high-performance applications where power-to-weight is critical, like motorcycles.  20C and higher is typical of extreme power-to-weight applications like radio-control aircraft.)

Now, we're aware that this module configuration may not fit everybody's needs, so in the spirit of empowering the bravest of the backyard builders, here's Part One of a three-part video series offering the experiences of a certain machete-wielding genius, and how he broke his packs apart, re-configured them, and built new packs to his specs.