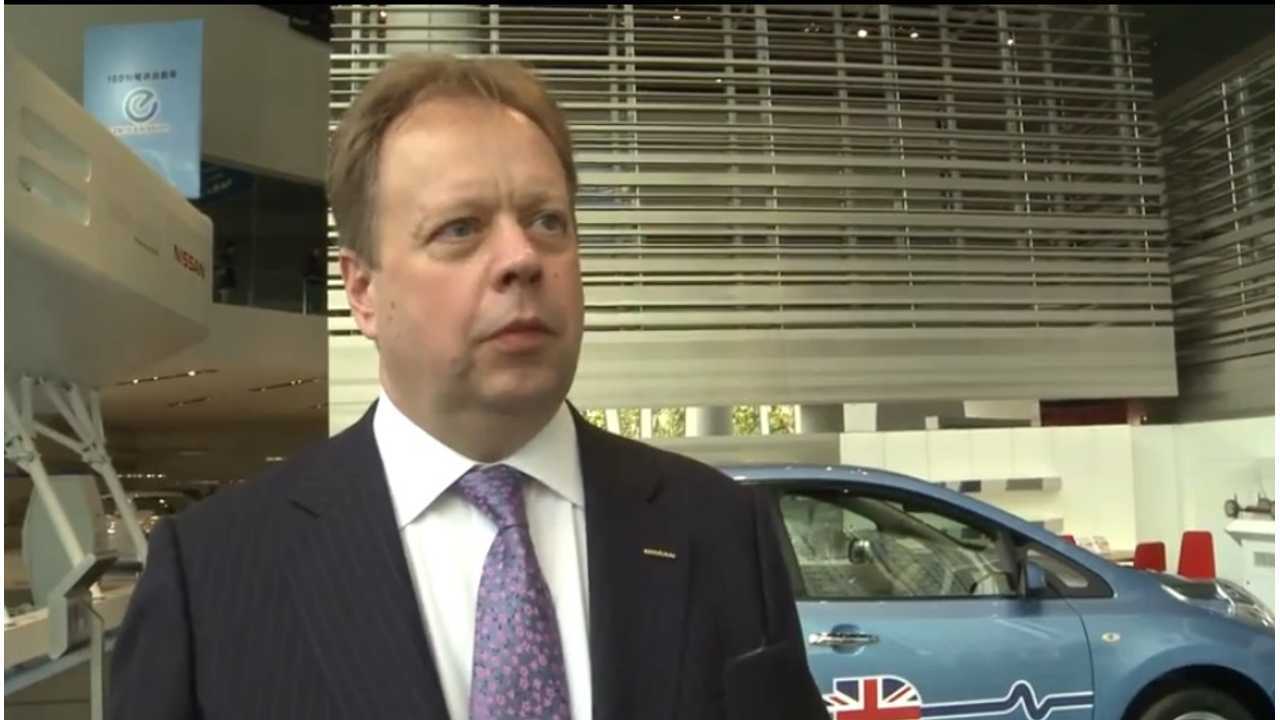 Nissan has lost its Chief Planning Officer, and more importantly its main EV-proponent, behind CEO Carlos Ghosn, in the form of Andy Palmer today.

The company says that Renault Executive Vice President Philippe Klein will take over the CPO job (and Palmer's Board seat) while Andy himself is moving to luxury automaker Aston Martin.

Mr. Palmer's new job at Aston Martin?  Lord and King according to a statement released today:

Aston Martin Lagonda (“Aston Martin”) is pleased to announce that Aston Martin will appoint Andrew Palmer as its new Chief Executive Officer to lead the company in its next phase of technology and product creation.  Dr Palmer, 51, will join Aston Martin from Nissan Motor Corporation where he served as Chief Planning Officer.  Palmer will assume operational responsibility for all aspects of the business.

Over the past several years, Andy Palmer has been the face of all things plug-in (and pretty much everything as well) for Nissan and the last word on what the company will...and won't do in the plug-in space.  We hope the new man - Philippe Klein shares the same pro-EV sentiments as his predecessor.

Some of Andy's recent hits:

On hybrids - “Simply hooking up your carriage to the world of hybridization doesn’t work. It doesn’t solve humanity’s problem because it still has an exhaust pipe. It’s still emitting emissions.”

Interestingly, it was almost a year to the day ago that Carlos Tavares left the top job at sister company Renault, forcing CEO Ghosn into double duty.   Mr. Palmer had also been doing double-duty as Infiniti's CEO after Johan de Nysschen left abruptly to take over the top job at Cadillac in July.