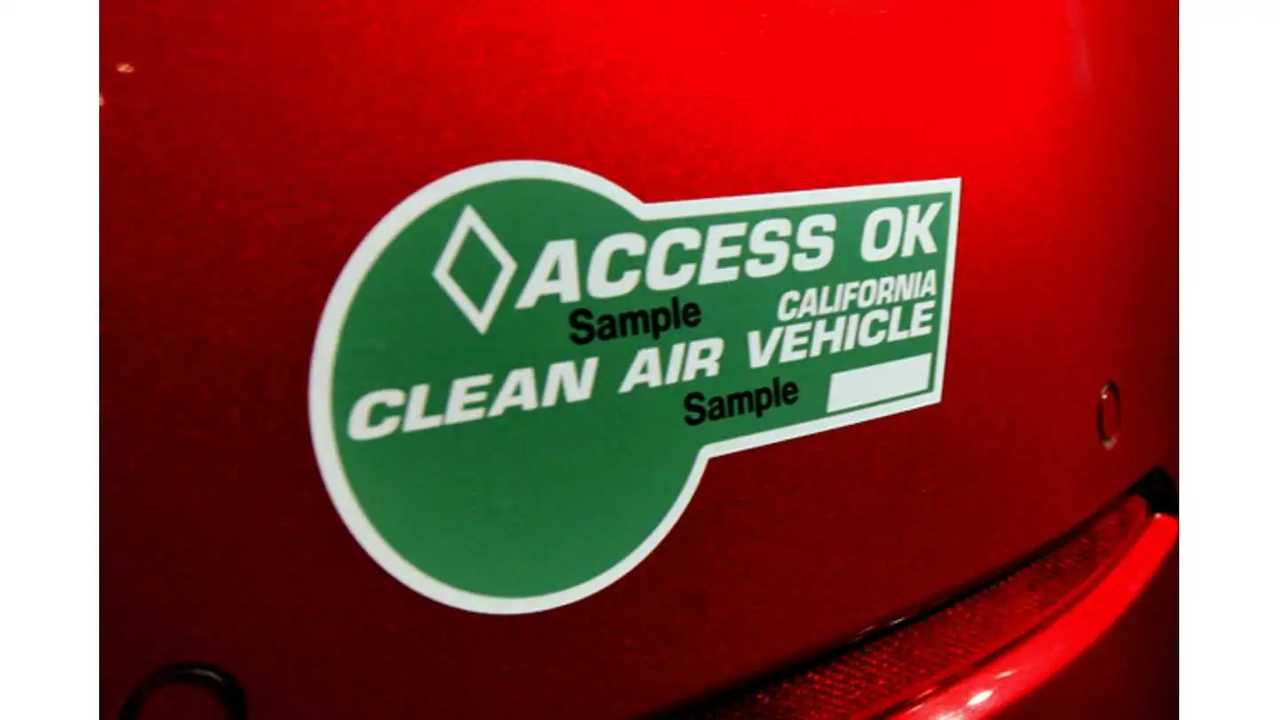 We we're perhaps the only news outlet to predict that this piece of legislation was coming.

While an assembly bill (AB2013) which would see the now exhausted 40,000 "green" sticker program expand up to 85,000 total stickers has been slowly meandering its way through the California system, another bill surfaced as a short-term solution to those looking to get a new Chevrolet Volt, Ford Fusion Energi or Toyota Prius PHV into the HOV lane.

California Governor Jerry Brown has recently signed SB853 - a budget trailer bill, that includes a unexpected addition of more green stickers for PHEV drivers.  And as it is a "trailer bill", that means it goes into effect almost immediately (July 1).

In total 15,000 more stickers are now today available - although the Air Resources Board website has yet to be updated noting the change.

Here is the verbage on the program changes:

(5) Existing federal law, until September 30, 2017, authorizes a state to allow specified labeled vehicles to use lanes designated for high-occupancy vehicles (HOVs). Existing law authorizes the Department of Transportation to designate certain lanes for the exclusive use of HOVs. Under existing law, until January 1, 2019, or until federal authorization expires, or until the Secretary of State receives a specified notice, those lanes may be used by certain vehicles not carrying the requisite number of passengers otherwise required for the use of an HOV lane - if the vehicle displays a valid identifier issued by the Department of Motor Vehicles (DMV). Existing law authorizes the DMV to issue no more than 40,000 of those identifiers.

This bill would increase the number of those identifiers that the DMV is authorized to issue to 55,000.