BMW i3 Gets CHAdeMO Charged In Japan 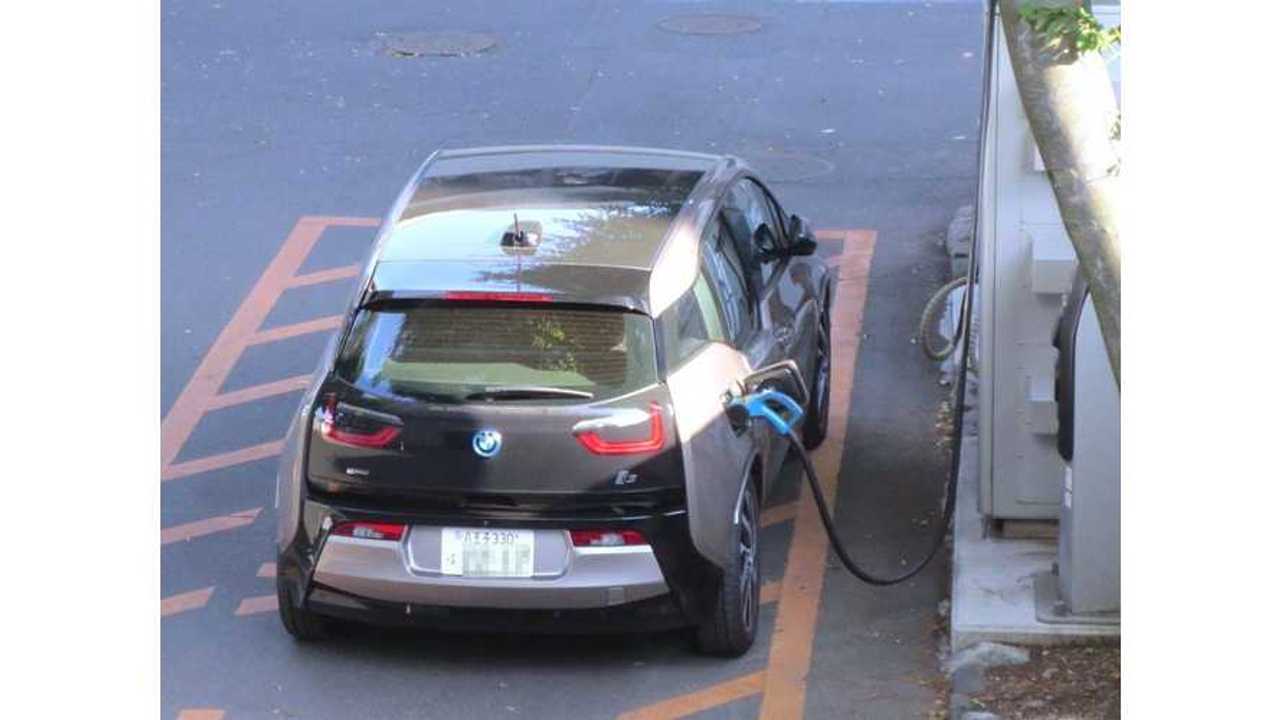 7 months ago, we broke news of the fact that BMW had decided to not offer CCS in favor of CHAdeMO for the i3 in Japan.

The CHAdeMO inlet is located on the right rear fender of the BMW i3, while the standard slow charger is tucked away in the frunk.

Some had speculated that this wasn't the case and that BMW would not venture away from CSS, not even in Japan.  Well, here's your proof that the BMW i3 is not offered with CCS (Combo) fast charging in Japan, but rather CHAdeMO.

Though tucking the standard slow charging inlet in the frunk isn't an ideal setup, we have to ask:

If BMW made this exact CHAdeMO setup optional in the US, would you opt for it over CCS?  Wouldn't it be nice if automakers just offered the choice of either option and let the customer choose?  How about both?

Image credits and a BIG hat tip to Kiyoshi Fujiwara!!!