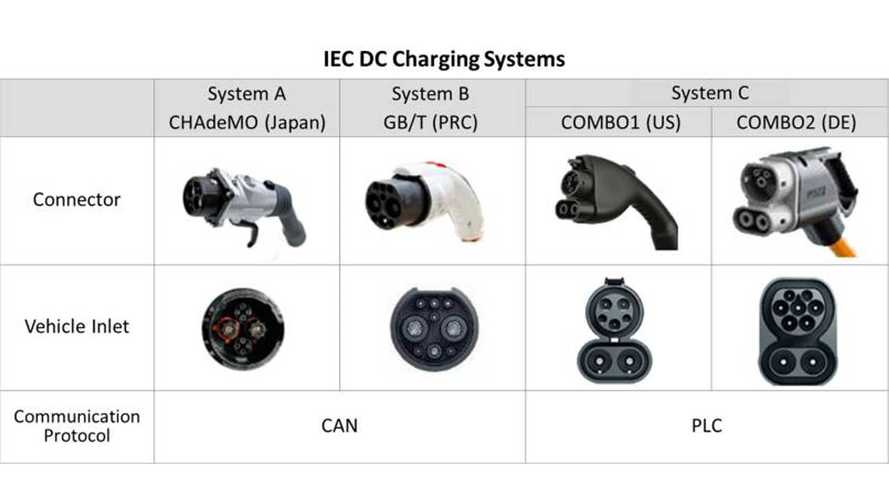 Map of CHAdeMO chargers in Europe: there are 1072 of them on the continent & 3605 globally

CHAdeMO Association announced a major milestone as the CHAdeMO protocol is now officially recognized as an international DC charging standard by the International Electrotechnical Commission (IEC) alongside Combo plugs for U.S. and Europe and Chinese GB/T plug.

"Since 2009, following the commercialization of the new generation of EVs that were fast chargeable using the innovative CHAdeMO technology, CHAdeMO Association members have been taking an active role in the IEC technical committees 61851-23, -24, as well as 62196-3 in order to drive the consensus approach of international standardisation. After 4 years of expert meetings, in January 2014, the FDIS (final draft international standard) for 61851-23 and -24 were approved by the committees and were finally published on the IEC website yesterday."

So now we have 3, or rather 4, different systems - Japan (System A), GB/T by China (B), COMBO1 by the US and COMBO2 by Germany (C) - plus another two from Tesla (different plug in U.S. and Europe), which will require from automaker to produce plug-in vehicles with different DC inlets for different markets:

Hopefully, nobody introduces another type of inlet and plug in Africa, South America and Australia.  There's more than enough standardized plugs/inlets out there already.
++