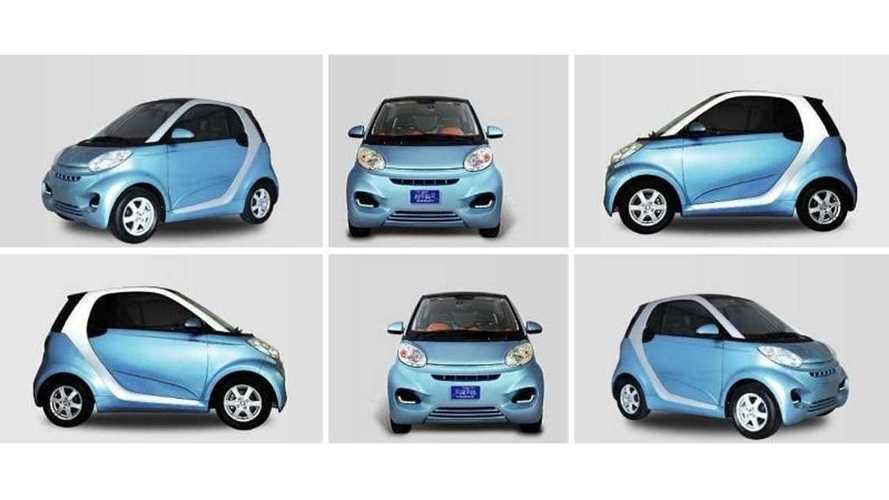 ZAP announced recently that its Chinese subsidiary Jonway Auto is launching a small EV called Zap SPARKEE for city commuters in China. And you know what? This Smart Fortwo clone is supposedly to be considered a "sedan".

"Focusing on the growing demands for electric vehicles (EVs) in China driven by Chinese government policies, ZAP and Jonway Auto has developed a small EV sedan designed for city driving.  Due to the high levels of air pollution in the large Chinese cities, the Chinese government has changed its subsidy policy to scale based on the range a EV can achieve, instead of the former policy which was based on the amount of lithium batteries used.  EVs with less than 100 km range receive a subsidy of 30,000 RMB (~USD$5000) and this scales up to 60,000 RMB (~$10,000) for EVs with range over 200 km."

According to press releases, Jonway Auto's goal is to produce thousands of these EVs:

"Jonway Auto is gearing up production to deliver several thousand of these vehicles for the Chinese market by June 2014 and will be  working with local dealers who  see  a huge market.  SPARKEE is attractively priced between US$7000 to US$12,000 depending on the motor size and battery type as well as capacity."

What's more interesting, ZAP says that Jonway Auto working to bring SPARKEE to Eastern European, selected markets in South America and even claims that even the US is under consideration.  Good luck with that Jonway.