Sales Of Mitsubishi MiEV in Japan Fell Off Sharply in 2013; Battery Production Constraints Probable Cause 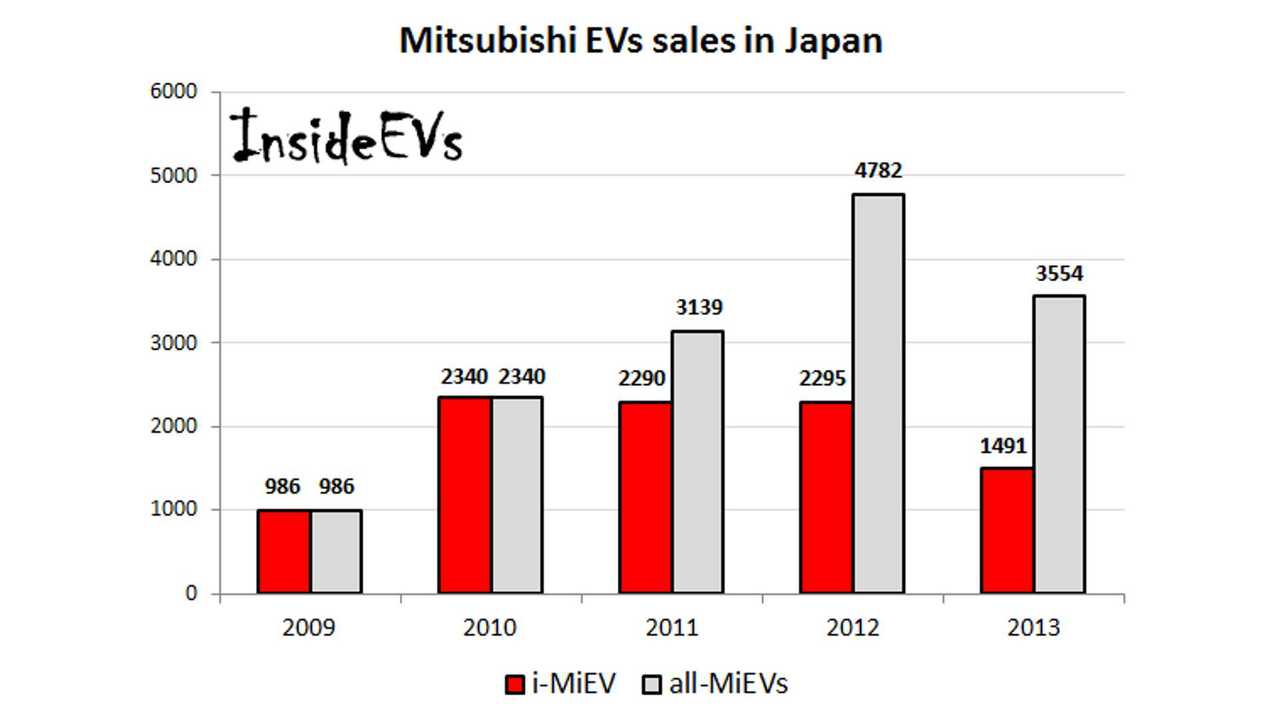 The first two models saw sales drop significantly last year and the third model is new on the market (introduced in 2013).

It'll be interesting to see what happens in 2014 when Mitsubishi increases battery production (we heard from Mitsubishi that the Outlander PHEV is eating almost all of Mitsubsihi's current battery supply) and starts delivering the cheaper (by as much as $9,000 USD) electric MiEVs announced a few months ago.