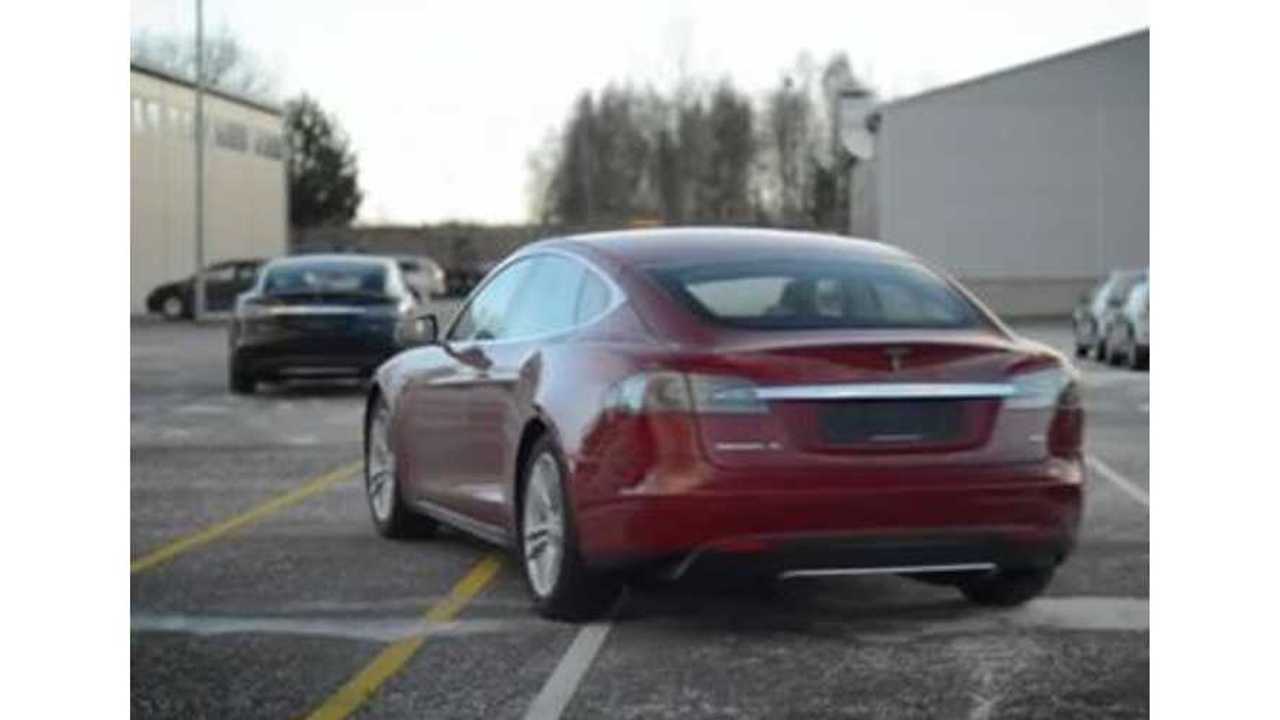 Though the pair of Teslas seen in this particular video were headed for Estonia, the vehicles made a brief stop in Latvia en route from the Netherlands.

While in Latvia and, apparently under the control of transport firm Kurbads, the Model S was subjected to a test drive.

The video description of the test drive is as  follows:

"After the test drive, Normunds Avotiņš admitted that this is a large step in the development of the hybrid cars because until this time, the electric cars have not been attractive neither in design nor in performance.The design of Tesla S is thought through and aerodynamic. Factually, there is a lithium-ion battery that consists of seven thousand separate sections in the car's floor, this battery ensures a 500km drive with one charge.'A person does not buy this car in order to save on petrol. The car is expensive. In this case, this is the future's technology and an investment in its development. Simply, if a person buys Tesla, he is a pioneer', admits Norumds Avotiņš."

Why Estonia?  Her again we turn to the description posted along with the video:

"It is not a surprise, that Estonia is the first of Baltic countries where these kind of cars are in use. That is so because there are the most electric charging stations in the world, it is calculated by the ratio between the electric car's charging stations and the country's territory. As well as the new technologies that use the alternative energy sources are supported by the Estonian government - it gives 18 thousands euro to buy this car."Tesla model S" is produced in Fremont, California and only fewer than thousand cars have been transported to Europe.A montage of cars has started in Tilburg, the Netherlands, they are made especially for the Europe's market."

"Estonia is the first of the Baltic countries where this futuristic car that is made in the Netherlands drives the country's roads.In addition, there is one "Tesla S" car registered in Latvia, the owner, on his own, has transported it from the other coast of the ocean but this car, in theory, is not intended for usage in Europe."