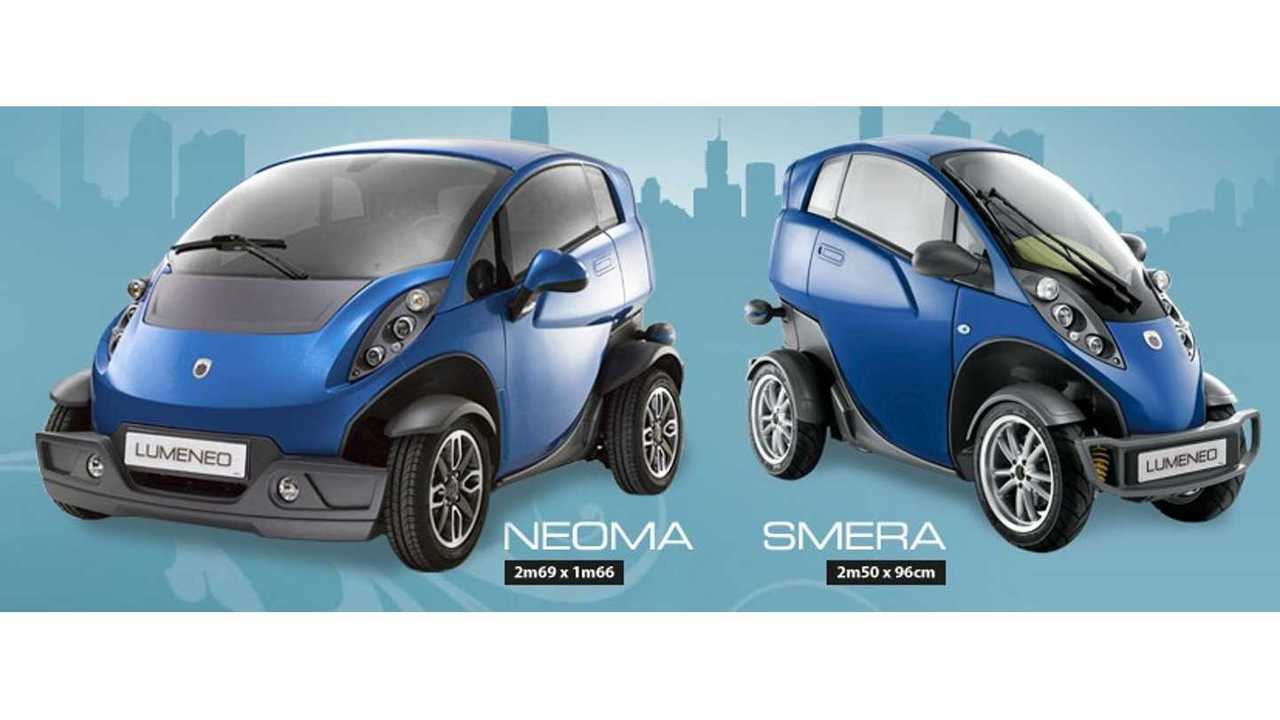 According to French media, Lumeneo, a small French manufacturer of electric vehicles established in 2006, is now in liquidation.

Lumeneo was selling two models - the Smera a two-seater (in tandem) and Neoma four-seat city car presented at the 2012 Paris Motor Show. Bosch Car Service was contracted to service these vehicles.

This is a sad time for Lumeneo, but on the other hand even smart only 248 EVs in the past 10 months in France, so there is no easy way to sell hundreds of small EVs at Lumeneo's current price points.