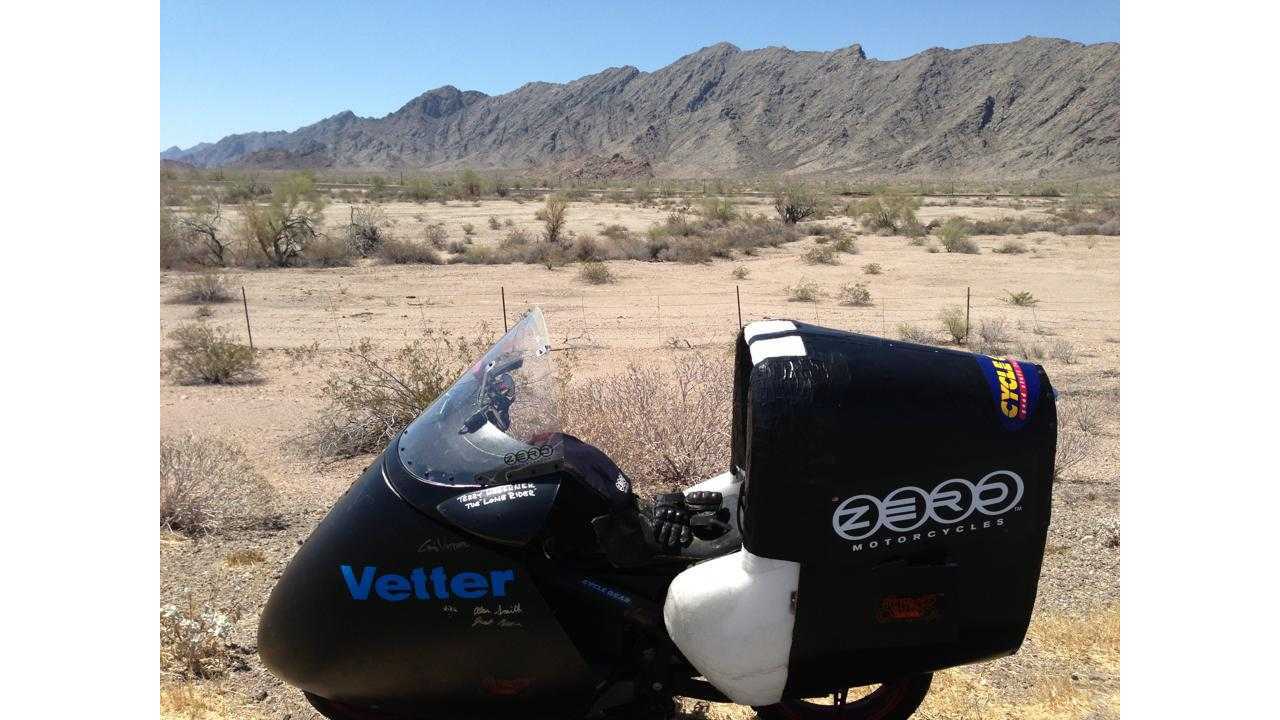 There's a Zero S Hiding Under There Somewhere

Terry Hershner has unofficially become the first person to complete a cross-country trip on an electric motorcycle.

We say unofficially because we're not yet sure if this was a documented drive or even if Guinness was on hand to judge the event for the record books.

Regardless, Hershner did complete the trek from San Diego, California to Jacksonville, Florida, which allows him to claim that he's the first ever to do so on an electric motorcycle.

Hershner's mode of transport was a highly modified Zero S electric motorcycle.  Hershner fitted the Zero S with and 18-kWh battery pack and added some slick aerodynamic bits before attempting the epic journey.  As such, the Zero S could go roughly 200 miles between charges, rather than the standard 63 miles.

The journey began in San Diego last Friday at 1:40 am and end in Jacksonville on Wednesday night.

Hershner's only struggles were the need to source a replacement motor due to a loose sprocket bolt, which the DIY mechanic blames on himself.

Our congrats go out to Hershner for achieving the unthinkable.  We can't even fathom the amount of discomfort from such a trip on a motorcycle.