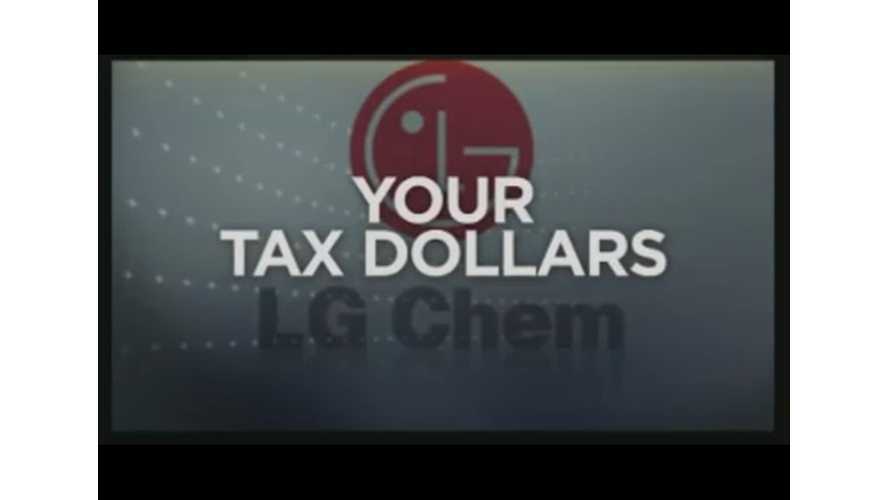 Earlier this year, we wrote an article about under utilization in LG Chem's Michigan battery plant that was leading to idle hands and rolling furloughs for employees at the facility as LG waited patiently for an increased demand for it's lithium batteries; whether than came from General Motors with its Voltec lineup, Ford with the Focus Electric, or another other third party OEM.

Now it appears a local television station, WOOD TV8, has added video footage (appears below story) and interviews to this story.  And nothing fans the flames of dissension like TV media coverage.  Especially when the lead is "YOUR TAX DOLLARS" paid for it.

The report goes on to detail what exactly happens when there is too litte work, and too many employees.    Basically, no one is working on making batteries.

According to one worker at the facility, "There was probably up to 40 of us that would just sit in there during the day.  We were given assignments to go outside and clean.  If we weren't cleaning outside, we were cleaning inside.  If there was nothing to do, we would study in the cafeteria, or we would sit and play cards, sit and read magazines."

WOOD TV8 says this revelation has already fanned the flames of a governmental inquiry, saying "those who oversee the Federal Recovery Act are already acting on our investigation, asking the US Inspector General  to review our findings."

LG Chem has about 200 workers at the plant after receiving a $151 million dollar US grant to build and fund the plant.  $133 million of which the company has drawn down to date.

One issue that is troubling is that workers inside the plant say LG Chem has shipped necessary supplies back to Korea that are needed to make lithium batteries in the future, and the plant has yet to produce a battery that has actually been put into service inside a Chevrolet Volt.   Apparently the plant has made about 100,000 test cells in preparation for production, but that work (for the most part) ended last December, and the batteries were "recycled" in the spring.

While it is discouraging to see the effects of a much slower than anticipated electric vehicle market, we can not find fault with LG Chem in any manner that would prompt a response from the Federal Recovery Act as WOOD TV8 suggests might happen.  You just can't legislate sales.