Kyle Conner checks out the R1T at a roadshow event before heading off to take it for a drive for the first time.

Our own Kyle Conner recently published a video about his visit to the Rivian "First Mile" roadshow event, which we've included at the bottom of the page. However, arguably much more compelling is Conner's highly anticipated first drive of the incredible new Rivian R1T, the first all-electric pickup truck to be delivered in the States.

This particular Rivian First Mile event was held in Sonoma, California. Essentially, the brand is using such events all around the country to showcase its electric pickup truck "Adventure Vehicle" to the public. The event features several vehicles, as well as charging station mockups, gear, accessories, and much more.

While Conner was thoroughly impressed by the Rivian event, he's been chomping at the bit to actually get behind the wheel of the R1T electric pickup truck. As he points out in the video, prior to this, he'd only been able to take a short ride in the truck. He also says at the beginning of the video that he didn't drive the truck ahead of filming, aside from getting it staged for the opening scene.

First-drive footage is popular, especially when it comes to new and unique vehicles like the R1T. However, many first drives aren't actually first drives. Some tend to be heavily planned out, with multiple drives ahead of filming, and then a sort of cut and paste situation highlighting the best footage. They're also often scripted.

That said, with Kyle's first drive, it's really a surprise for both him and his audience. It's as if we're stepping into the R1T for the very first time ourselves. He just hops in for the first time and provides his candid impressions of what he's experiencing, which we appreciate immensely since it's actually a true first drive: no script, no opinions from previous drives, just the reality of the moment.

Conner starts with a tour of the R1T before hitting the dirt trails, many hills, and the track. He talks freely about the experience as he's driving. However, once he's had time to digest the situation and spend more time with the electric truck, he'll be putting together a full and much more in-depth review of the R1T.

In the end, Conner is impressed with the R1T, which comes as no surprise as it seems to be the consensus among reviewers. He emphasizes the truck's solid build quality and overall feel. He says, after driving many new electric cars, and more specifically, pre-production units that sometimes feel half-baked, that's not the case with the R1T. In fact, he goes so far as to say it's one of the best pre-production vehicles he's driven. 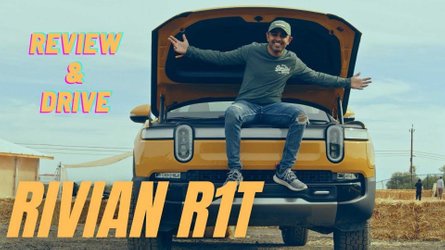 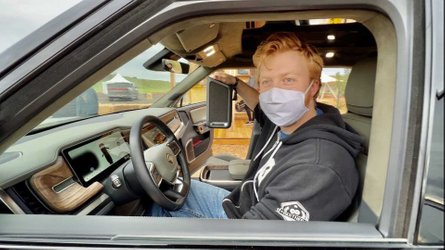 Once you have a chance to check out both of Conner's latest Rivian R1T videos, it's time to engage in some conversation. Head on down to our comment section and share your takeaways.