Should You Buy Tesla Model Y? The Truth After 20 Months, 23K Miles

Tesla keeps raising prices and extending delivery estimates. Is it time to place your order?

Tesla owner and YouTube influencer Ryan Shaw got his Tesla Model Y not long after the automaker first started delivering the electric crossover in March 2020. He's now had the "SUV" for almost 20 months and racked up about 23,000 miles. Shaw says it's time to talk about the good, the bad, the frustrating, and the awesome.

Regardless of which individual reviewer or media outlet we turn to for Tesla reviews, it seems they all talk about the good, bad, frustrating, and awesome. For the most part, Tesla owners tend to believe their cars are awesome in so many ways, though some are also willing to admit Tesla still has work to do in some areas. Shaw provides a very enthusiastic review of the Model Y, which is to be expected. However, he also offers some valid criticism.

When the Model Y was first coming to market, Tesla CEO Elon Musk said it would eventually be the brand's best-selling model. He also went on to say that the Model Y could end up being the best-selling car of any kind across the globe. This was a bit difficult to believe since the Model 3 has been so successful for Tesla, and it's cheaper, quicker, and sportier than the Y. It really seemed as though the sporty midsize sedan would be tough to top, unless, of course, Tesla brought a smaller, cheaper model to market.

The Model Y is expensive, and it doesn't come in a "base" single-motor rear-wheel-drive configuration, at least not in the states, and not in the present. However, crossovers and SUVs are very popular on our shores, and it seems people are willing to pay a premium for them.

Shaw says it's widely known that Tesla has inconsistencies with build quality. The Model Y is a $57,000 vehicle, so for people to experience issues like rattles, squeaks, panel gaps, seat misalignments, and paint issues should be unacceptable. Fortunately, Shaw notes that Tesla is making obvious improvements, but don't expect the car to be perfect. He's personally had plenty of issues with his Model Y's build quality, which he had to have taken care of by Tesla Service.

If you can see past Tesla's issues with fit and finish, you'll likely be impressed with the Model Y's technology, cargo space, acceleration, and smooth quiet ride. Fortunately for people considering the Modal Y, Shaw talks about it in great detail for 25 minutes. You'll be hard-pressed to find a more in-depth review, especially from someone who's actually owned the car for a long time.

Learn More About The Tesla Model Y And Rivals: 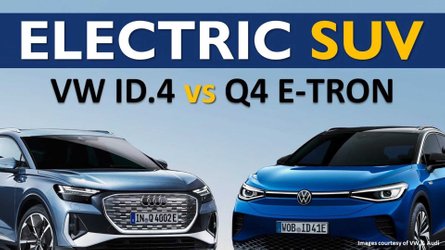 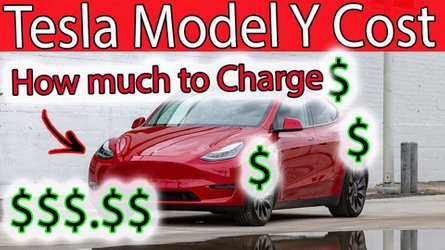 That said, we'll leave you to it. Check out Shaw's video and then leave us your takeaways in the comment section below. Do you own a Model Y? If not, are you considering the crossover? What do you think about the various Model Y rivals on the market today?