I positively loved my Bolt, and I didn't want to sell it.

In December 2019, I purchased a brand-new leftover 2019 Chevrolet Bolt that had been languishing on a suburban Atlanta Chevy dealer’s lot. I was able to buy the car for around $15k below sticker at a time when the 2020 models weren’t being discounted so, despite having a slightly smaller battery, I felt like I’d made the buy of the century. Since then, I’ve added a little over 11K miles to the car. Throughout this time, my Bolt performed flawlessly.

When the initial battery recall was announced, my car being a late 2019 and equipped with US made batteries, wasn’t included. That was a huge relief. Also relieved were all the folks who were calling to tell me that my car was about to burn my house down.

Unrelated to the recall, a couple of weeks ago, I dropped by a service that purchases cars to find out exactly what mine was worth. I did this because, with work from home, my Bolt was barely getting driven. By barely, I mean 20 - 30 miles a week on average.

Admittedly, the reason that I was also curious about my car’s value had more to do with the semiconductor shortage than the recall that at that time only affected the earlier Bolts. Much to my surprise, I was offered every last penny that I had paid for it almost two years ago.

Despite being able to get all my money back, I couldn’t bring myself to sell it because I was generally very satisfied and even with the very little mileage I was putting on the car, we still need two cars in our household. And, when I say that I was very satisfied, I mean that I positively loved my Bolt. I had the windows tinted, purchased a spare tire and jack for it (a glaring omission in most new cars), and lined the floors with WeatherTech floor mats to keep it nice and tidy. Anyone who asked me about it got a lecture on what a fine car the Bolt is. Plus, the cost to replace it just didn’t justify its sale. 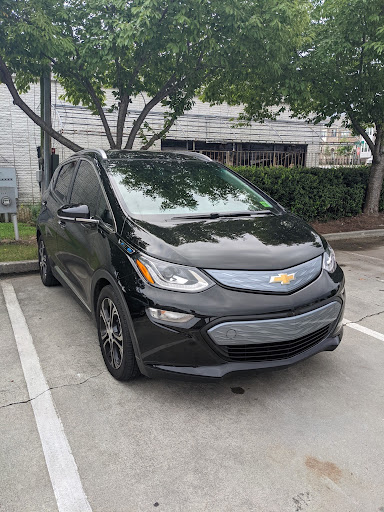 However, that all changed when the news broke last Friday that GM had identified a manufacturing flaw that can cause a torn anode and folded separators in all of the LG batteries - both Korean and domestic. I decided to drive back over to the car buying service and see if the offer still stood. It did and I sold it on the spot.

Let me be perfectly clear - I’m not concerned with the risk of fire. Not one bit. The number of Bolts that have turned to auto flambe’ is still (and hopefully will remain) very low. I’m not worried about not being able to charge above 90% or staying above 30% SOC. I rarely have ever charged my Bolt above 80% except when traveling - which I now do in our Tesla Model Y. Staying above 30% is easy because I have level 2 charging at home.

What I am concerned with is how GM will be able to handle a recall of this magnitude. This is a hugely complex problem. A problem, I might add, that no manufacturer has dealt with before besides perhaps Hyundai with its Kona Electric - a car that seems to be afflicted with similar LG battery issues as the Bolt. And Hyundai is nowhere near done fixing their issues with fewer cars. If that’s the case, how long will it take for GM to get this done?

What else am I concerned with? Well, how will Chevrolet service centers cope? Do they have enough skilled techs? How will they determine which modules need to be replaced? Will this piecemeal approach create other issues? Will the car ever be sellable or is the reputation - no pun intended - toast?

This would be hugely problematic for Tesla and they only do electric cars. How is a company that is so tilted towards internal combustion going to be able to address this in a timely manner?

I am heartbroken over this because I’ve been rooting for GM all along. I wanted a Bolt the second I saw the prototype that GM brought to AltCar 2015. And, as I said, I absolutely loved my Bolt and miss it already. But, I’m not prepared to hold on to a car that might take years to get fixed correctly and, even then, with no guarantee that it has been. Nor am I particularly interested in owning a car that I might not be able to sell.

I am hopeful that GM will prevail by handling this recall with aplomb and that the Bolt name won’t go the way of the Ford Pinto. The eyes of the EV world are on GM at the moment - except mine. My eyes are trained on my driveway awaiting delivery of a 2018 smart fortwo electric drive. Surely that will cover the 20 - 30 miles a week that I drive locally.

Are you a Bolt driver? What do you think? I’ll be reading the comments.