These hardcore Mustang Mach-E fans get a Tesla Model Y for a few days. Here's what they think.

After buying and living with the Ford Mustang Mach-E, this couple gets ahold of a Tesla Model Y for a few days. They put together a long video with their takeaways, good and bad.

Saying this couple owns a Mustang Mach-E is just the tip of the iceberg. In fact, they're hardcore Mach-E fans, complete with Mustang Mach-E electric pony shirts, Grabber Blue hair, and an entire YouTube channel dedicated to the car. Who does this stuff?

Jokes aside, Tesla fans do this stuff. There are many Tesla fans who are enamored with their cars. They go so far as to create Twitter, Facebook, and YouTube accounts with Tesla in the name, they join Tesla clubs, they unofficially market Tesla's products, they pump Tesla stock, and the list goes on and on.

We often cover videos and articles from these types of Tesla fans, because there are a whole lot of them out there It's not uncommon for the videos to compare new or other EVs to Tesla's vehicles. Once you've driven a Tesla – or really any new car – for some time, you get used to its performance and features, so, of course, other cars are going to seem different, or even a bit foreign.

The same can be said if the tables are turned, though we don't see this nearly as often. If a person buys one of the other compelling EVs instead of a Tesla, what will they think when they finally get a chance to spend time in a Tesla?

Chances are, there are some things they'll appreciate. On the flip side, they may not like certain features, especially if they're very different from the features on their car. Once you become accustomed to something and accept it as "the best," at least relatively, it can be difficult to fully appreciate a competing product due to its differences, as well as your expectations.

YouTubers Mach-E VLOG rented a Tesla Model Y for a few days to compare it to their Mustang Mach-E. After driving it for a few days, they put together a nearly hour-long video with their takeaways. They point out some frustrating moments with the Model Y's voice commands, but they loved being able to watch a concert on Twitch in their car.

There's a whole lot to take in here. A super-long written summary doesn't do it justice. You really have to watch the video to take it all in. We think it's well worth the time. If you're strapped for time, skip around a bit or scroll toward the end of the video, where they provide a lengthy discussion about what they liked, and didn't like, about the Model Y. 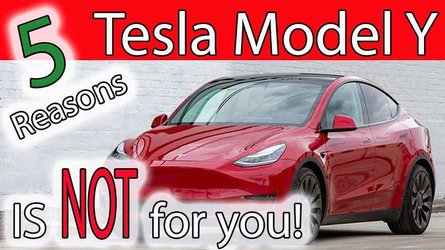 5 Reasons Why A Tesla Might Not Be For You
⠀ 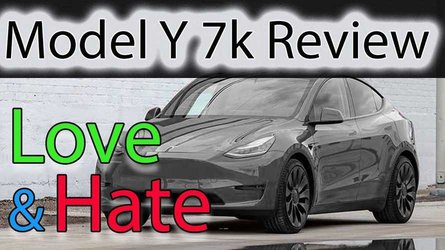 Tesla Model Y: Everything We Love (And Hate) After 7,000 Miles

What do you think of the Mustang Mach-E? How about the Tesla Model Y? Do you agree or disagree with Mach-E VLOG on any points? Let us know in the comment section below.