Motor Trend is impressed with the electric pony, but says Ford needs to "refine its formula."

There have been plenty of comparisons of the Tesla Model Y and Ford Mustang Mach-E. This makes perfect sense since the two electric crossovers are very similar in so many ways. In fact, the electric pony is arguably the most compelling Tesla rival on the market, and perhaps the first true Tesla rival to come to market, aside from perhaps the Porsche Taycan.

Motor Trend (MT) has spent some quality time with Tesla's vehicles over the years. The publication has actually had exclusive rights in some cases, such as prior to the official debut of the Model 3. Now, MT has had the opportunity to get its hands on a Mustang Mach-E for comparison.

MT breaks down its assessment into multiple categories: The Drive, Inside, Technology, and Charging. In the end, it determines a winner.

The Model Y rides well on smooth roads, but the Mach-E is much better at dealing with rough Michigan roads. However, the Model Y is quicker, and its Full Self-Driving Beta technology makes it the clear winner here, at least according to MT.

MT says the Ford's cabin feels "warmer than the Tesla's," though it actually borrows a lot from the Model Y. However, the Model Y simply has more space for passengers and cargo. Moreover, the space and the overall interior setup are more "usable" in the Tesla.

According to Motor Trend, "Tesla's clean, simple layout is easy to use and parse at a glance, and the software running the show is quick to respond. Here, perhaps more than anywhere else, is where Tesla's Silicon Valley DNA shines through."

There's really no question here. Tesla has its own massive and reliable Supercharger network. Sure, the Mach-E has a wide variety of networks to choose from, but there are plenty of inconsistencies.

MT says while the Model Y charged very quickly for them at all times, that wasn't the case with the Mach-E. The Mustang charges slower than the Model Y in general, and the charging stations vary widely, not to mention the frustration caused by charging units' payment situation, error messages, and power disruption.

Like many other publications, Motor Trend chooses the Model Y, despite some of its obvious flaws. MT writes

MT says the Mustang Mach-E has "all the right ingredients," but needs to "refine the formula." Can Ford use over-the-air updates to make the Mach-E more competitive with the Model Y, or will we have to wait for an updated model to come to market? 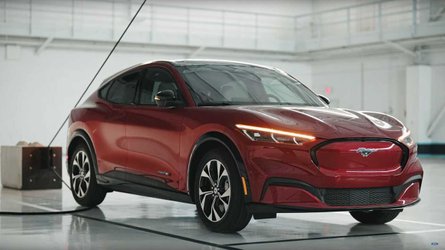 How Does The Ford Mustang Mach-E Really Compare To The Tesla Model Y? 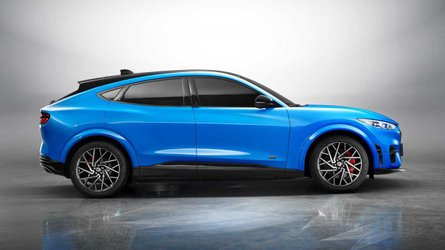 What Does Top Gear Think Of The Ford Mustang Mach-E Vs Tesla Model Y?

We've only provided a very brief summary of Motor Trend's report. To read the entire article, follow the source link below. In addition, don't forget to leave us a comment.