Tesla Model S Plaid May Arrive Ahead Of Schedule: What To Expect?

Regardless, for those ordering the Tri-Motor 'Plaid' Model S, Tesla’s online configurator is still announcing ‘late 2021’ as the estimated delivery timeframe. Tesla first started taking pre-orders for the 'Plaid' Model S back in October, but the automaker hasn't (yet) disclosed what design changes will accompany Model S 2.0.

However, some clues surfaced last week when, according to Inverse, "YouTube channel The Kilowatts shared footage of a tweaked version of Tesla's car, as spotted on the roads of Palo Alto."

So what's new? It's reported that "footage shows a number of tweaks versus the current Model S. Gone is the chrome finish in many areas, known as 'chrome delete,' and in are a set of new headlights. The body, on the whole, is slightly wider. The car also sports a new rear diffuser."

Nevertheless, keep in mind: "In July 2019, Musk wrote that there is no 'refreshed' Model X or Model S coming, only a series of minor ongoing changes."

Either way, there'll more to the 'Plaid' Model S than just aesthetic changes. "At the company's September 2020 Battery Day, Tesla detailed the 'Plaid' Model S. It's set to feature over 520 miles of battery range, a top speed of 200 mph, and 0 to 60 mph acceleration times of under two seconds. Tesla claims that the $138,490 car, set for launch in late 2021, has the "quickest 0 to 60 mph and quarter-mile acceleration of any production car ever," reports Inverse.

Whatever performance and design changes occur with the 'Plaid' Model S, I'm sure the top execs at Porsche aren't looking forward to racing it anytime soon. 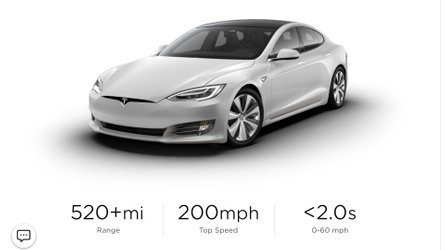 Tesla Model S Plaid Is Available To Order, But Little Has Been Revealed
⠀ 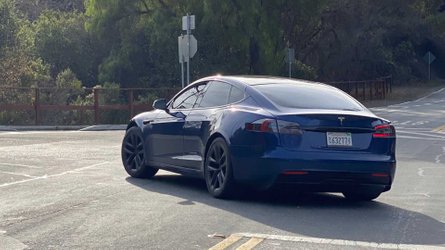