We put this YouTuber up to the challenge, and he delivered.

Iowa Tesla Guy is practically brand-new on the Tesla video scene. He just bought a Tesla Model Y and is in an area that's getting hit hard with winter weather. It just makes sense for him to cover and share his experiences since he has the capability.

Not long ago, we shared Iowa Tesla Guy's previous Model Y video (linked below). It was essentially a showcase of the electric crossover's abilities in the snow. He made it clear that the Model Y was wearing stock tires, and that the snow wasn't really deep, but still some five inches of fresh, wet, heavy snow. Upon watching and sharing the video, we said, "Hopefully, he'll get some snow tires and head out when conditions are even worse."

We're not sure if Iowa Tesla Guy read our article, but he certainly followed some of our advice, perhaps by mistake. While he didn't run out and get some proper snow tires on his Model Y, he did post another video with some much more difficult conditions. We know many of you will say the snow isn't deep, the blizzard isn't bad, etc., etc. However, as you can see from the video, it's difficult to see at times, and it's not something we'd rush out to drive in if we didn't have to. 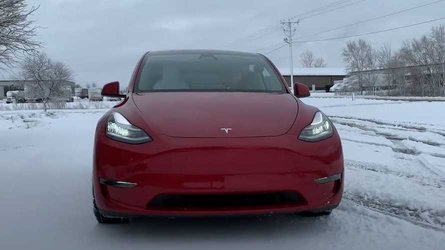 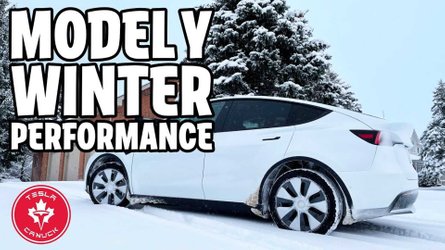 Iowa Tesla Guy says he was visiting a friend when the blizzard set in. He ended up having to drive home in the mess. The video is very brief, but it gives you a good idea of how the Model Y handles the rough conditions. Check it out and then leave us your takeaways in the comment section below.